Benson and Hedges Cricket Year Fourteenth Edition September 1994 to September 1995 by David Lemmon lands on the |> SALE <| shelves in my shop.

From the cover: This fourteenth edition of the Benson and Hedges Cricket Year has been revamped to make it even more compulsive and essential reading than ever before. There are controversial and outspoken articles from Alan Lee of The Times on Englands Ashes tour, from Derek Pringle on the future for English cricket, and from Frank Hayes on the relationship between the captain and selectors.

The section on England has been greatly enlarged and is now presented by competition rather than chronologically to make it easier to follow how each tournament has progressed. Pride of place in the domestic season goes to the visiting West Indies, whose six-Test tour drew capacity crowds. The form charts for each first-class side are a popular feature of the book, while the limited-overs statistics are given in an easily accessible manner. And all the major issues of the season are discussed.

Full coverage of first-class cricket throughout the world is maintained, and, as in previous years, scorecards and reports on all Test matches and limited-overs internationals played around the world in the past twelve months are given. But it has been a dramatic period for world cricket, with allegations 6f match-fixing and bribery throwing the sport and Pakistani cricket in particular into turmoil. While the Australians continued their revival, beating both England and West Indies in quick succession the first side to win in the Caribbean since 1972-3 to lay claim to being the best side in the world.

Graham Gooch, who retired from international cricket during the year has written a lively foreword that will provoke much debate and comment. While the World XI, selected by the editor on the basis of performances over the year, always includes some controversial choices. A new feature provides a statistical answer as to who have been the leading nations in Test cricket and limited-overs internationals in the past twelve months.

Unique in style and content, Benson and Hedges Cricket Year is available within six weeks of the end of the English season and is the first book to detail all the major events of the year. Its combination of uninhibited comment, lavish photography and comprehensive statistics from around the world makes it an essential autumn purchase for all cricket fans.

This book will be listed, sooner or later, for £6.50 on my delightful website… (added to my Sport Cricket category.) but get 50% off buying from my blog… below… 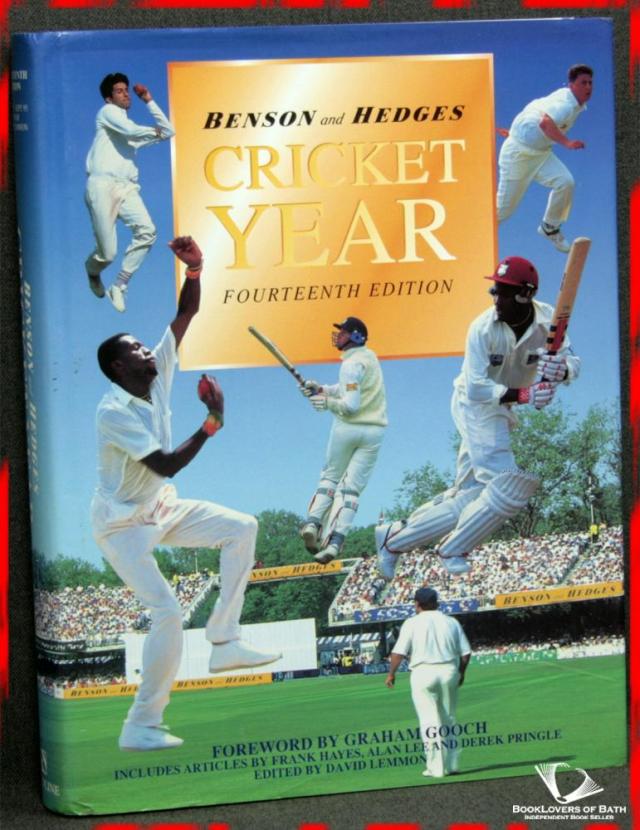