The Ryder Cup: The Illustrated History by Michael Hobbs

The Ryder Cup: The Illustrated History by Michael Hobbs lands on the |> SALE <| shelves in my shop.

From the cover: In 1926 the first Ryder Cup was led off by Britains Abe Mitchell and George Duncan against Jim Barnes and Walter Hagen of the United States-the final score was a crushing 13 -1 to Britain. From then on the two nations regularly shared the honours, but in the 1930s players like Gene Sarazen helped the United States to victory time after time and for the next 50 years the Americans dominated the competition. Ben Hogan, Jimmy Demaret, Sam Snead, Arnold Palmer, Lee Trevino, Jack Nicklaus -these are just some of the top-class golfers who ensured that the United States retained the cup. Then, in the 1980s, the emergence of exciting young golfers like Sandy Lyle, Nick Faldo and Seve Ballesteros helped to turn the tide and under Tony Jacklins captaincy the Europeans beat the United States in 1985; it was the first defeat that the Americans had suffered since 1957, and one that grabbed the attention of golf fans on both sides of the Atlantic. The balance of power had swung away from the United States.

The Ryder Cup is a record of more than 60 years of thrilling competition held at some of the finest courses in Britain and America. Michael Hobbs vividly brings to life the dramatic encounters of the Ryder Cup, such as the climax of the 1969 contest where Tony Jacklin and Jack Nicklaus tied the Ryder Cup for the first and only time in its history. Over one hundred photographs provide a gallery of golfing stars through the years, and complete team and individual records make this the comprehensive history of the Ryder Cup.

Very Good in Good Dust Wrapper. A little rubbing to the edges of the dust wrapper with a short closed tear to the top corner of the upper panel which also carries a sticker ghost. Text complete, clean and tight.

This book will be listed, sooner or later, for £6.50 on my delightful website… (added to my Sport Golf category.) but get 50% off buying from my blog… below… 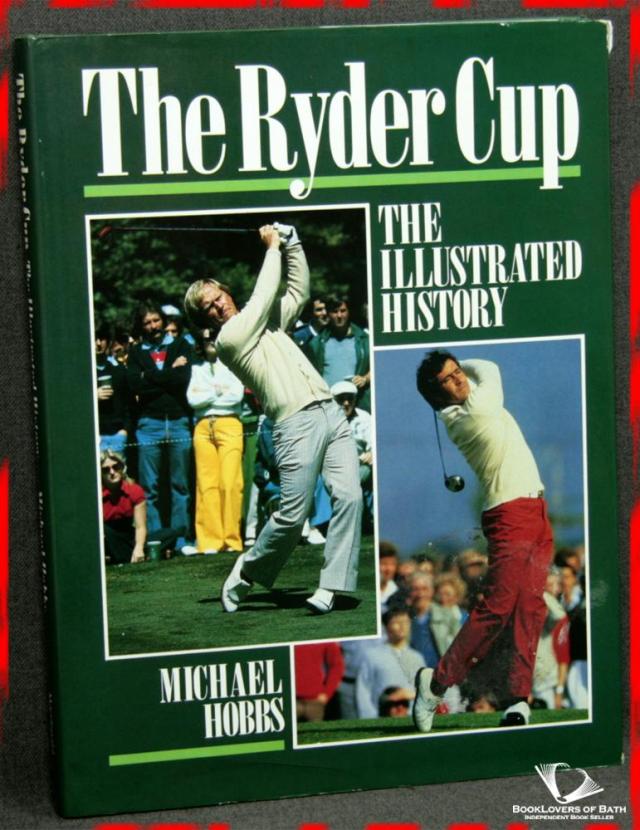