National Service: From Aldershot to Aden – Tales from the Conscripts, 1946-62 by Colin Shindler

National Service: From Aldershot to Aden – Tales from the Conscripts, 1946-62 by Colin Shindler lands on the shelves of my shop, where it will be found in my Military Army section.

From the cover: In the aftermath of the Second World War, over two million men were conscripted to serve in Britains armed services. Some were sent abroad and watched their friends die in combat. Others remained in barracks and painted coal white. But despite delivering such varied experiences, National Service helped to shape the outlook of an entire generation of young British males.

To mark the fiftieth anniversary of the end of National Service, historian Dr Colin Shindler has interviewed ex-conscripts from all backgrounds and ranks, spanning the entire period of peacetime conscription, and captured their memories in this engrossing book. From them, we experience the tension of a postwar Berlin surrounded by Russians, the exotic heat and colour of Tripoli in 1948, the brief but intense flashpoint of the Suez Crisis, and the fear of the Mau Mau uprising in Kenya. But we also hear about the other end of the scale, from those who didnt make it outside the confines of their barracks or, in one case, beyond his home town.

In National Service we see the changing face of British society across these pivotal years, which spans everything from the coronation of Elizabeth II to the birth of rock n roll to the beginning of the end of the Empire. The stories within its pages are fascinating. And they deserve to be told before they are lost forever. 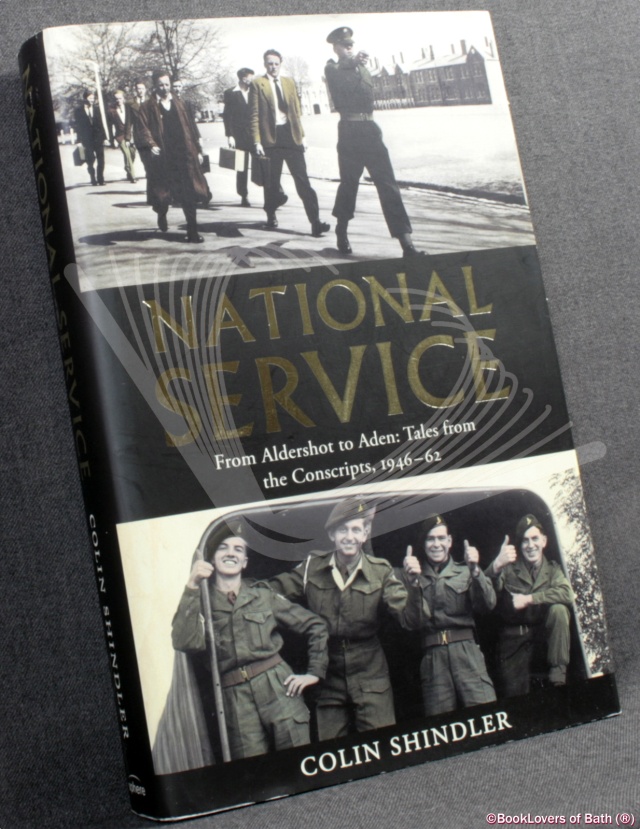