Salmon and Women: The Feminine Angle by Wilma Paterson & Peter Behan lands on the shelves of my shop, where it will be found in my Sport Fishing section.

From the cover: It has long been a source of irritation, and sometimes amusement, to male salmon fishers that women, a very small group among those who angle for the king of fishes, account for an extraordinary number of the biggest ones caught. Worse still, women also seem to be able to catch salmon when men cannot, often in bizarre circumstances. Thirdly, the statistics show that some of the most numerically phenomenal catches of salmon have also been achieved by women. It is well known, though not often commented on by the male angling fraternity, that three women hold the most coveted salmon fishing records: for the biggest salmon ever caught in British waters on rod and line (Miss Ballantine), the biggest salmon ever caught on fly in British waters (Mrs Morison) and the biggest spring salmon ever caught in British waters (Miss Davey). Considering that at no time have women anglers comprised more than a small percentage of the total, this has to be a very remarkable phenomenon.

Wilma Paterson and Professor Peter Behan have set out to examine, and to try to account for, the amazing success of female salmon fishers. Reviewing the achievements of the record-breakers, recording interviews with exponents of all ages and of varying expertise, and finally proposing an amazing scientific theory, the authors have produced that rare thing a fishing book which is both fascinating and entertaining. 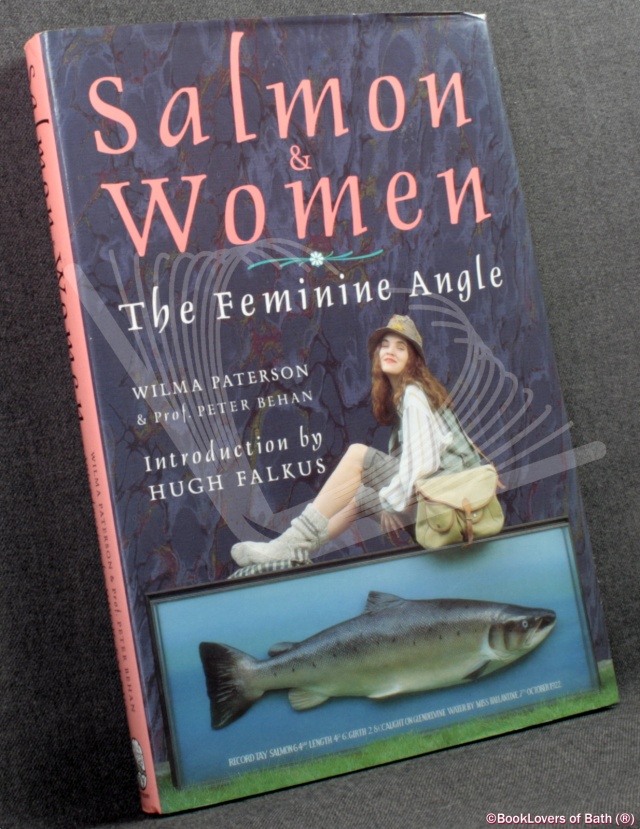 The world's leading book dealer in Peasedown St. John.
View all posts by BookLovers of Bath →
This entry was posted in BookLovers of Bath: The Shop! and tagged 0854932011, angling, behan, fishing, large, recreation, salmon, sports, trout, women. Bookmark the permalink.