The Southern Railway: Road of the Innovators :: Burke Davis

Posted on December 3, 2021 by BookLovers of Bath

The Southern Railway: Road of the Innovators :: Burke Davis soon to be presented for sale on the top-quality BookLovers of Bath web site!

From the cover: Burke Davis brings Americas champion railroad and its predecessors to life in this lively and informative book. The story opens in 1830 with the tiny locomotive The Best Friend of Charleston, which ran the first steam passenger service on American rails. Davis then traces the story of railroad development in the South by a cast of remarkable entrepreneurs and the creation in 1894 of the Southern Railway network from the ruins of their early enterprises.

The dramatic careers of the Southerns early leaders are an integral part of this narrative: founder Samuel Spencer, a former Confederate soldier who joined the banking house of Drexel, Morgan and Company and was assigned to create the gigantic new system in 1894; Fairfax Harrison, who led the Southern through war and depression; Ernest Morris, a super salesman of the industry; Harry DeButts, who presided over an unorthodox staff an…

Very Good in Good Dust Wrapper. Heavily faded at the spine of the dust wrapper. Boards lightly spotted. The contents complete, clean and tight. Personal blind-stamp to the half-title page.

Of course, if you don’t like this one, may I fascinate you with a carefully selected medley featured in my Transport Rail catalogue? 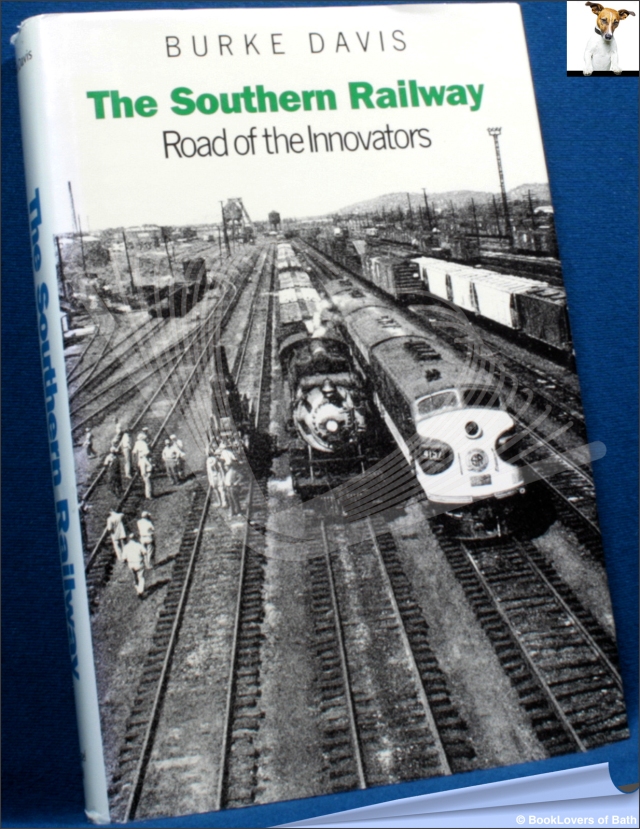