The Landmark Herodotus: The Histories :: Herodotus

The Landmark Herodotus: The Histories :: Herodotus soon to be presented for sale on the first-class BookLovers of Bath web site!

>From the cover: From the editor of the widely praised The Landmark Thucydides, here is a new Landmark edition of The Histories by Herodotus, the greatest classical work of history.

Herodotus was a Greek historian living in Ionia during the fifth century B.C.E. He travelled extensively through the lands of the Mediterranean and the Black Sea and collected stories, and then recounted his experiences with the varied people and cultures he encountered. Cicero called him the father of history, and his only work, The Histories, is considered the first true piece of historical writing in Western literature. With luci…

Very Good in Very Good Dust Wrapper. Just a little age-toning to the top edge of the text block. The contents complete, clean and tight.

Of course, if you don’t like this one, may I fascinate you with a carefully selected medley featured in my History Greek catalogue? 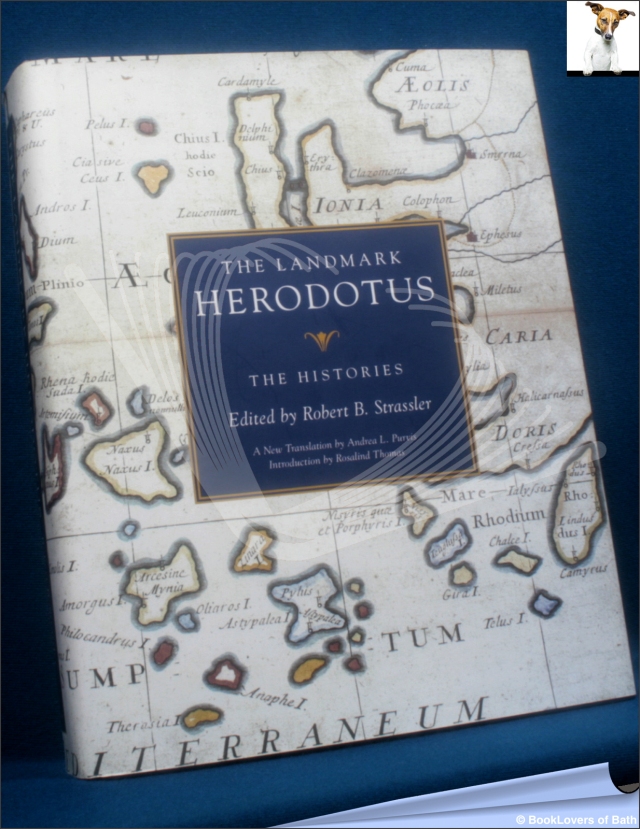