Armada 1588: The Spanish Assault on England -::- John Barratt lands on the shelves of my shop.

From the cover: The defeat of the Spanish Armada is one of the turning points in English history, and it was perhaps the defining episode in the long reigns of Elizabeth I of England and Philip II of Spain. The running battle along the Channel between the nimble English ships and the lumbering Spanish galleons has achieved legendary …

In the Campaign Chronicles series.

Near Fine in Near Fine Dustwrapper. 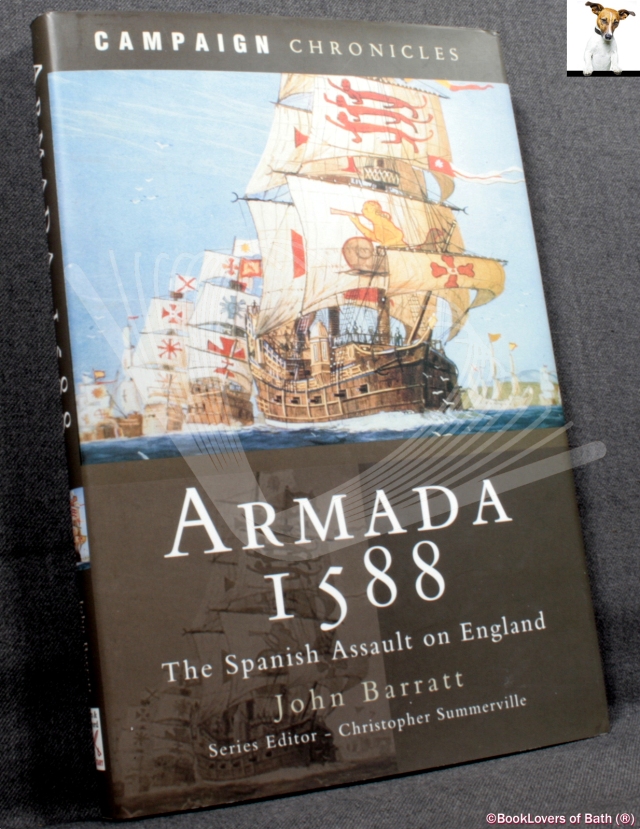