Jane’s Fighting Aircraft of World War I :: John W. R. Taylor soon to be presented for sale on the excellent BookLovers of Bath web site!

From the cover: When World War I began in 1914, Janes All the Worlds Aircraft had already established a reputation for authenticity after only five years of publication. But few members of the opposing armies and navies expected aeroplanes to prove of any value except as a type of unarmed aerial cavalry, capable of observing movements of man on the ground and ships over the horizon at sea.

By November 1918, however, pilots in swift, heavily-armed fighters were shooting each other from the sky; reconnaissance aircraft photographed every move …

Of course, if you don’t like this one, may I captivate you with this splendid selection from my Military Air Force catalogue? 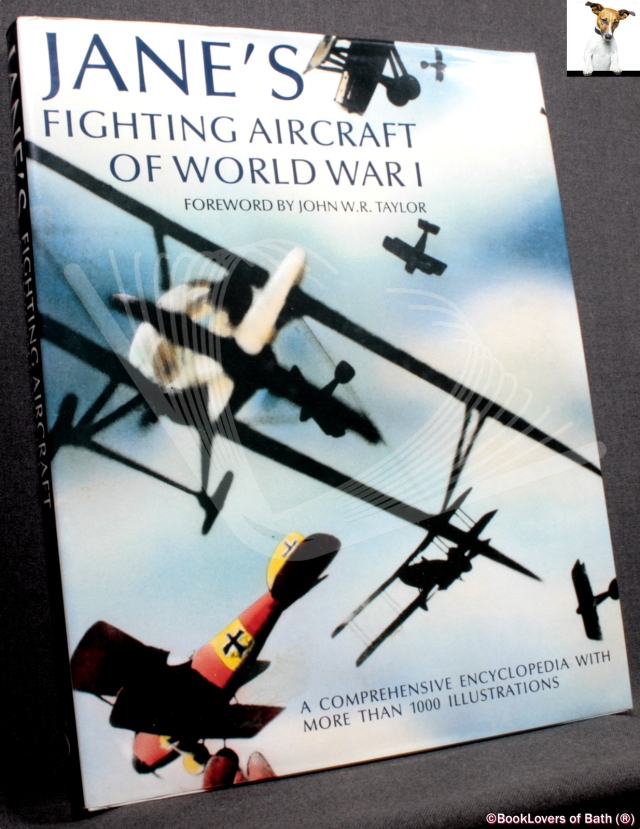