Three Victories and a Defeat: The Rise and Fall of the First British Empire 1714-1783 (Brendan Simms)

Three Victories and a Defeat: The Rise and Fall of the First British Empire 1714-1783 (Brendan Simms) soon to be presented for sale on the sparkling BookLovers of Bath web site!

From the cover: In the eighteenth century Britain became the worlds first superpower. Through a series of sensational military strikes and with amazing speed, it was transformed from a country without remotely the same power as France, Spain or Austria into a global colossus.

This dramatic story is told brilliantly by Brendan Simms in Three Victories and a Defeat. The stakes were extraordinarily high for the British politicians, soldiers and sailors who took on and destroyed the formidable coalitions arrayed against them. Traditionally, the Royal Navy has been seen as Britains key weapon, but t…

Of course, if you don’t like this one, may I enchant you with top-drawer choices of my History catalogue? 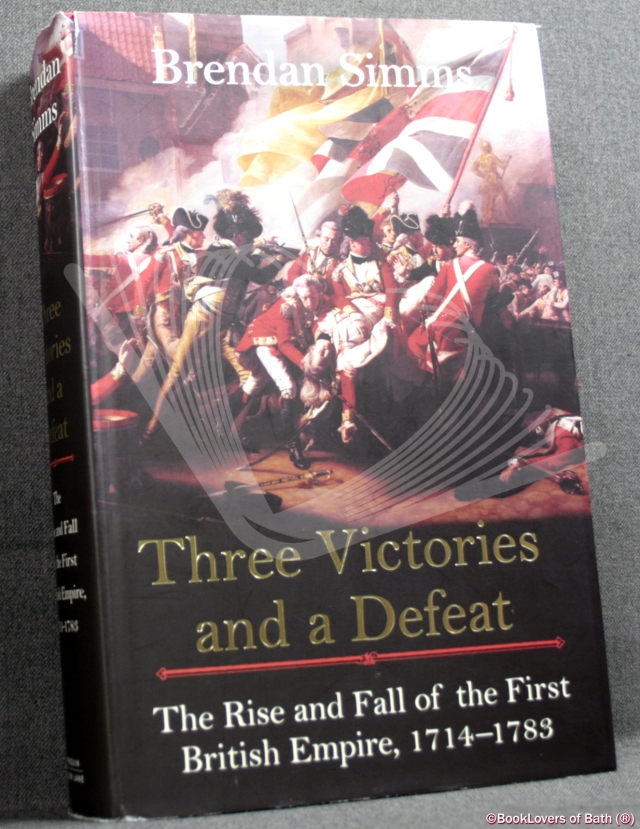