Petain’s Crime: The Full Story of French Collaboration in the Holocaust (Paul Webster)

Petain’s Crime: The Full Story of French Collaboration in the Holocaust (Paul Webster) lands on the shelves of my shop, where it will be found in my History shelves. priced at £6.50! Call in and get 40% OFF that price when you mention this post…

From the cover: The crime of Marechal Philippe Petain, Great War hero and national saviour after the Fall of France in 1940, was complicity in the persecution and mass murder of Jews. As Head of State of the free Vichy government after the Occupation, he presided over French collaboration in the Holocaust.

The hideous truth of the Nazi death camps is well established, hut how much is known about concentration camps in France, set up even before the war began, about systematic persecution of Jews under a purely French government, or about the leading role of French police in mass round-ups ordered by Petain? Facts like these have long been covered b… 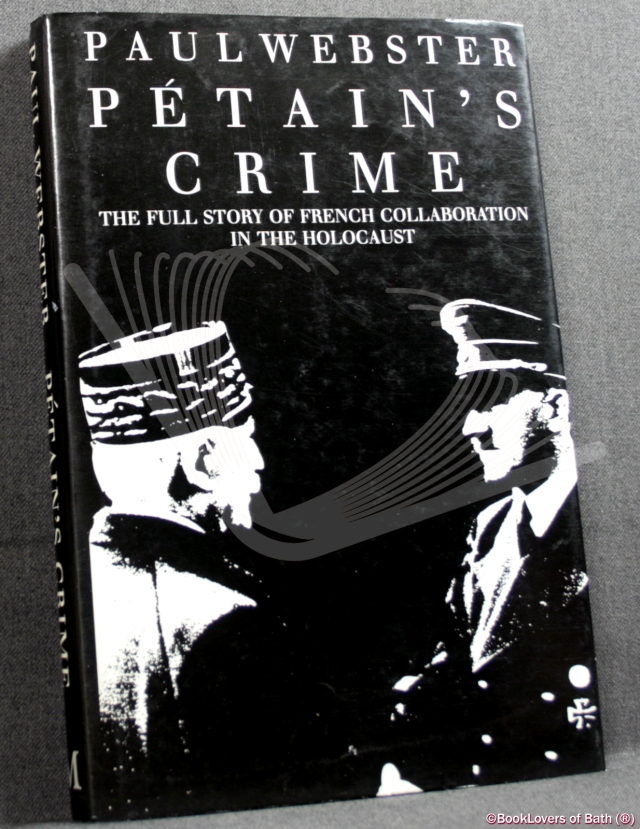