Struggle for the Middle Sea: The Great Navies at War in the Mediterranean (Vincent O’Hara)

Struggle for the Middle Sea: The Great Navies at War in the Mediterranean (Vincent O’Hara) soon to be presented for sale on the inspired BookLovers of Bath web site!

From the cover: The strategic importance of the Mediterranean was at the centre of naval and wider military thinking on the part of both Allied and Axis powers throughout the Second World War. Indeed, more major naval actions were fought in the Mediterranean than in the Atlantic or Pacific. Despite its importance, however, remarkably little has been written about the subject, and what exists is largely one-sided or outdated. This fresh study of the naval war in the Mediterranean analyses the actions and performances of the five major navies -British, Italian, French, German and American during the entire five-year campaign and objectively examines the national imperatives that drove each nations maritime strategy.

Of course, if you don’t like this one, may I spellbind you with a further miscellany curated within Military Naval catalogue? 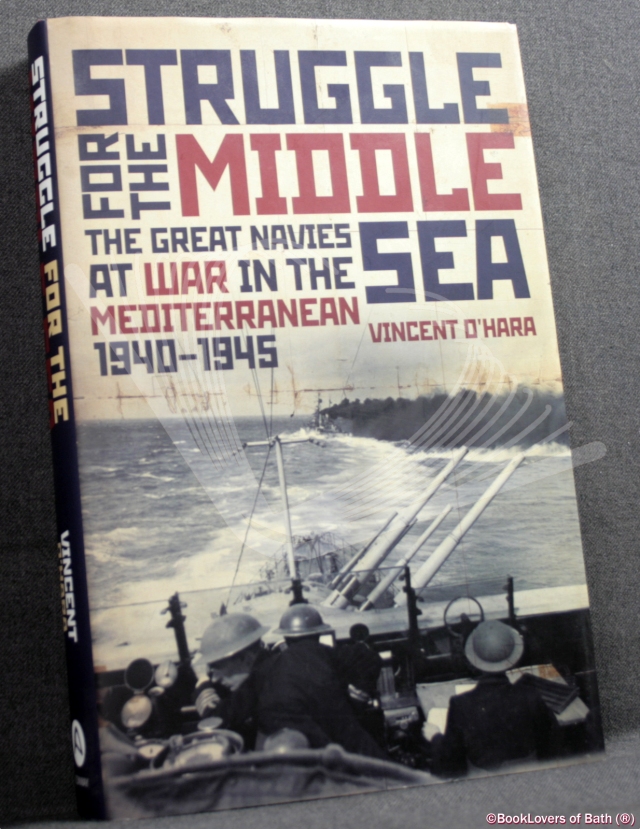