The Trailblazers: Stories of the Heroic Age of Transcontinental Motoring, 1901-14 by T. R. Timothy Robin Nicholson

The Trailblazers: Stories of the Heroic Age of Transcontinental Motoring, 1901-14 by T. R. [Timothy Robin] Nicholson soon to be presented for sale on the astounding BookLovers of Bath web site!

From the cover: In the first decade of this century the motor car bore as little resemblance to the product of today as did the string and sealing wax aeroplane of the same period to the jet plane. But there were, nevertheless, intrepid automobilists with faith enough in their rudimentary, erratic machines to attack the appalling hazards and obstacles of marathon journeys across vast undeveloped continents. In this book the author of Adventurers Road provides an enthralling account of eleven marathon journeys, from Dr Lehwess attempt to encircle the earth in 1902 to Captain Kelseys Cape-to-Cairo attempt of 1913-14. It includes the first crossing of Europe via the Balkans, the pioneer crossing of Australia from south to north and, later, from west to east, the crossing of Africa, and the first use of a motor car in Antarctica by Shackleton in 1908-9.

In motor cars that the modern motorist considers fit only for a gentle drive along a macadam road from London to Brighton, these heroes of the early days of motoring set out across continents almost entirely without roads, bridges or any other manifestation of civilization. Often there were not even tracks, only the deserts drifting seas of sand, the mud or dust of the prairie, the jungles undergrowth and bottomless slime, the prehistoric swamps, the savage desolate mountain ranges, and the rivers raging torrents or wide, deep and treacherous. Sometimes there would be a trail, riddled with stumps, boulders, ruts and potholes, but as often as not this had been washed or blown away; often the only road was a compass bearing. When the weather was dry, the motorists choked and floundered in dust and sand and fried under the sun. When it was wet, they shivered and were soaked, cut off and marooned by swollen rivers and creeping bogs; when it snowed, they were immobilized and frozen. But, nevertheless, time and again they won through, pioneering routes that later became highways, testing under the worst possible conditions the untried mechanisms of a new age. In The Trailblazers Mr Nicholson has at last paid them the tribute they deserve, and in doing so has written a thrilling book of adventure in six continents.

Of course, if you don’t like this one, may I sweet-talk you into considering additional gorgeous books that are part of my Transport catalogue? 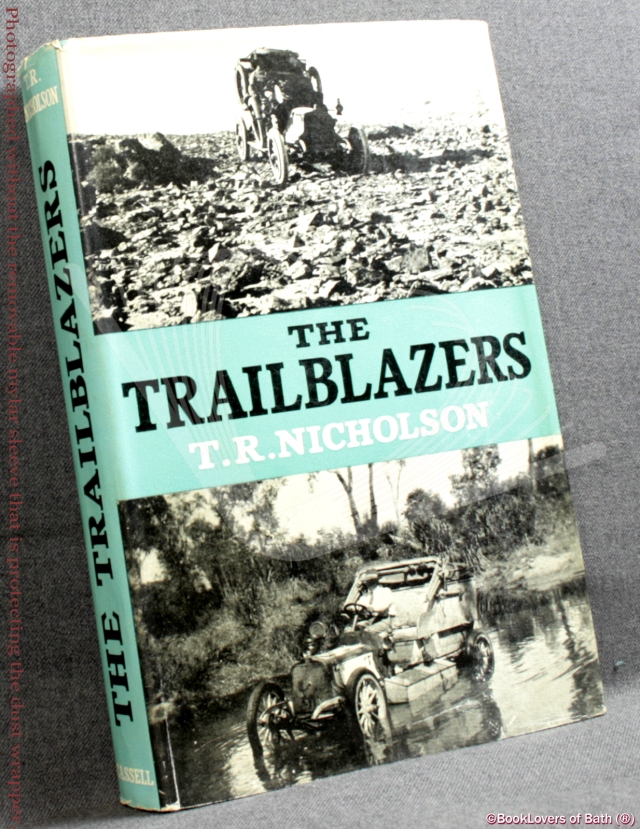