US Navy & Marine Corps: Air Power Directory (Edited by David Donald & Jon Lake) lands on the shelves of my shop, where it will be found in my Military Air Force section. priced at £6.50! Call in and get 40% OFF that price when you mention this post…

From the cover: As an instrument of foreign policy, nothing rivals US Naval Aviation. Projecting power around the globe and maintaining the freedom of the seas, it possesses awe-inspiring capability.

Each carrier air wing packs more punch than most of the worlds air forces. Tomcats intercept at 250 miles and kill targets 60 miles beyond that; Intruders bomb with weapons that range from cluster units to nuclear; Hornets fight with Sidewinders, Sparrows, HARMs and rockets; S-3s track, identify and kill subs; Hawkeyes command the aerial battle; Prowlers disrupt enemy radars. From land bases around the world, P-3 Orions range over the sea lanes, while A-4s, F-5s and F-16s train up the fleets skills in air combat.

The Marine Corps anticipates action anywhere, any time. With Hornets, Harriers and Intruders ensuring protection and strike, the Corps helicopters stand ready to fight their way into battle.

Very Good in Very Good Dust Wrapper. A little rubbing to the edges of the dust wrapper with a small nick to the head of the spine. Text complete, clean and tight. 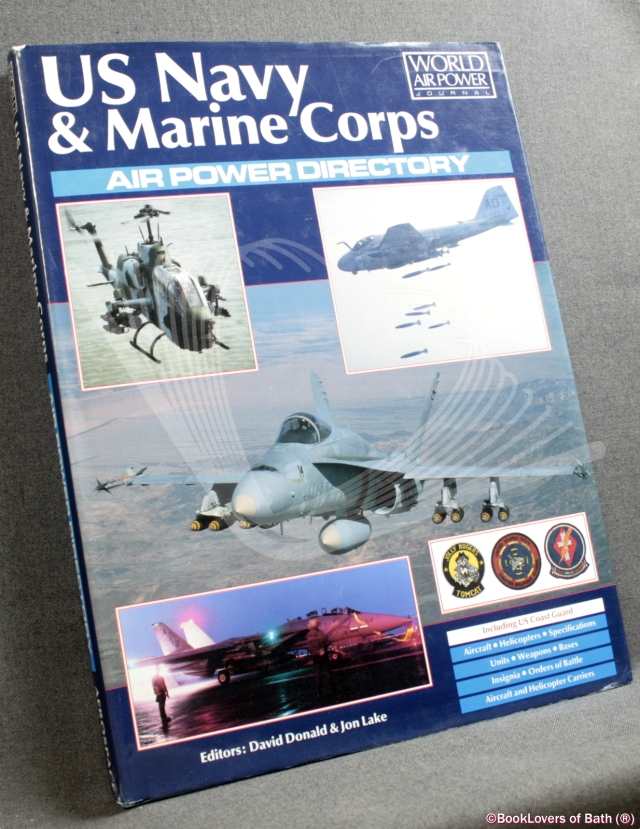