A Soldier with Railways (A. A. Mains)

A Soldier with Railways (A. A. Mains) lands on the shelves of my shop, where it will be found in my Biography section. priced at £6.50! Call in and get 40% OFF that price when you mention this post…

From the cover: Colonel Tony Mains was a Regular Officer of the 9th Gurkhas and has been a Railway Enthusiast from the age of nine. This book covers his journeys and dealings with railways in India, Iraq, Syria and Burma from 1934 to 1953. He has travelled on such diverse trains as the famous P & O, Taurus Expresses, Frontier Mail and the Deccan Queen, as well as the narrow gauge Kalka-Simla, Zhob Valley and Darjeeling-Himalayan lines. His experiences included passport control on the Taurus, policing Rangoon station during the evacuation and combating sabotage on the railways in Assam; he was nearly snowed up in a narrow gauge train in Baluchistan. All this is accompanied by details of railways, locomotives, rolling stock, signaling and operating methods. 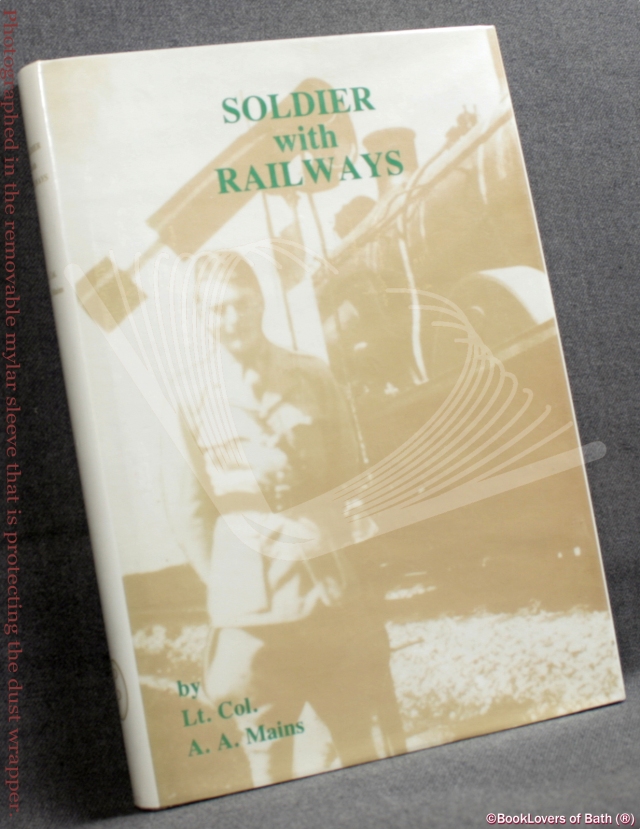