Blue Fires: The Lost Secrets of Nazi Technology (Gary Hyland) lands on the shelves of my shop, where it will be found in my Military History section. priced at £6.50! Call in and get 40% OFF that price when you mention this post…

From the cover: The extraordinary story of the top secret Nazi technologies adopted and adapted by the Allies after the Second World War.

Many theories have been mooted to explain the Roswell incident, most of which involve flying saucers and little green men from Mars. What has rarely been considered, though, is the odd coincidence that the high-speed, high-flying spherical object which crashed on Roswell bears an uncanny resemblance to some of the extraordinarily futuristic aircraft which were blueprinted in top-secret conditions by Nazi scientists during the Second World War. Many of these blueprints and the scientists responsible for them mysteriously disappeared into Allied hands post-1945 as a result of plans like the American Operation Paperclip, the purported aim of which was to find out more about V-1 flying bombs and V-2 rockets. What happened as a result of these discoveries has been shrouded in mystery, until now

Blue Fires tells an extraordinary story of espionage and technology, cover-ups and conspiracies, cock-ups and total disasters. It traces a line from the secret societies of 1930s Germany where the nascent ideology of Nazism took shape to the cutting edge of aeronautical innovation, and in so doing it gives a fascinating alternative view of world history since 1945.

Very Good in Very Good Dust Wrapper. A little rubbing to the edges of the dust wrapper. Edges of the text block lightly tanned. Text complete, clean and tight. 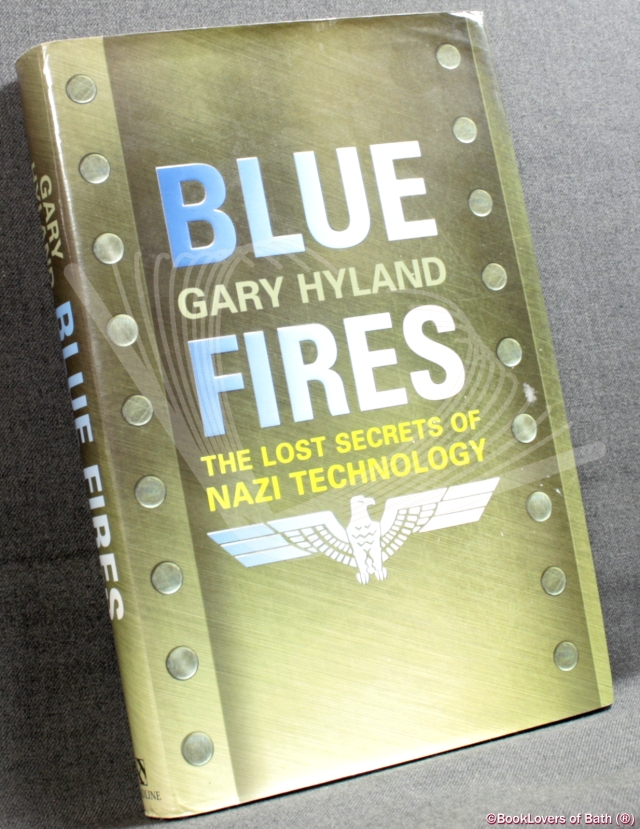