From the cover: No one has seen Alfred Hitchcocks silent picture The Mountain Eagle in over sixty years. Twelve of the early films of one of Britains greatest film-makers, Michael Powell, are lost. These are just a fraction of the several hundred British features which have gone missing since their first release. Most will almost certainly never be found, but there is always a chance that a print still survives on a shelf in some dusty cupboard. Not all these lost films are masterpieces. But many valuable parts of our film heritage could still be rescued with a concerted search and a little luck.

In this book the National Film Archive has selected the one hundred British features which it would most like to find. Each of the missing films is described in detail, with full credits and with illustrative stills, where any survive. For good measure there are brief details of some key British documentaries and television programmes which the Archive would also dearly love to locate.

This book marks the first systematic attempt by the National Film Archive to initiate a public search for Britains lost films. Can anyone turn up a print of Max Miller in Educated Evans! Are the films of Walter Forde or Bernard Vorhaus which we now lack really gone for ever? Does a print still survive somewhere of Murder at Monte Carlo, Errol Flynns first film appearance in Britain? And what of the early Sherlock Holmes film A Study in Scarlet (1914)? The great British film search is on.

Near Fine. Text complete, clean and tight but with a hint of age-toning to the margins.

Of course, if you don’t like this one, may I beguile you with my offerings from my intriguing Movies catalogue? 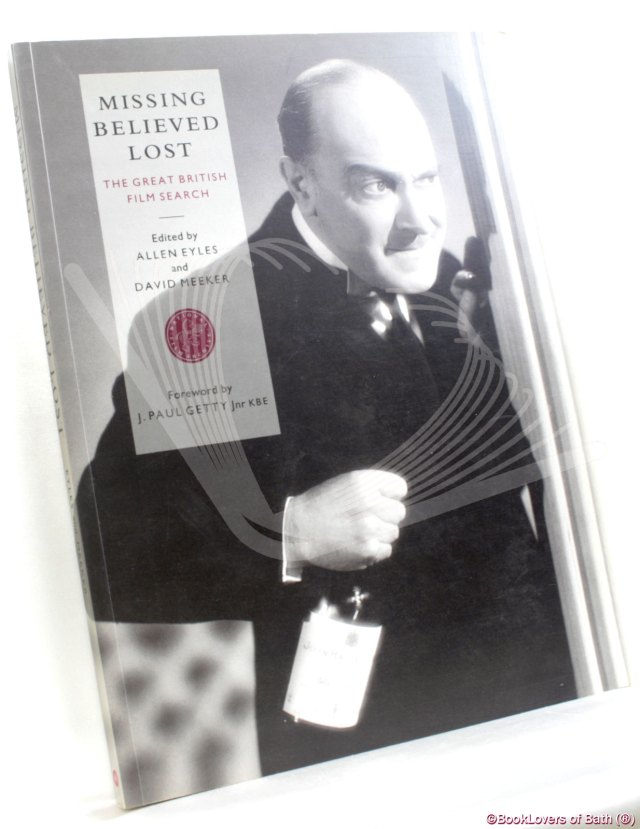