Airship: The Story of R.34 and The First East-west Crossing of the Atlantic by Air (Patrick Abbott)

Airship: The Story of R.34 and The First East-west Crossing of the Atlantic by Air (Patrick Abbott) lands on the shelves of my shop, where it will be found in my Transport Air section. priced at just £4.00!

From the cover: On a cold and misty night in July, 1919, His Majestys airship R. 34 set out from Scotland on what was to be a record-breaking flight to New York. It was the first time that an attempt had been made to fly across the Atlantic the hard way from East to West, against the prevailing winds; radio communications at that time were unreliable, little was known about weather-conditions over the 3000-mile route, and the ships engines proved unreliable. Chances of survival for the crew of 30 cannot have been much better than even and the living-conditions were primitive, the only cooking-facilities being a large flanged plate welded to the exhaust-pipe of one of the motors.

Despite these difficulties R. 34 landed safely at Mineola airfield on Long Island 108 hrs 12 mins after take-off, thus achieving a world endurance record. It had been a close thing, though: there were only 140 gallons of fuel left enough for about two hours flying on reduced power. The airship received a tumultuous welcome in New York, the crew were bombarded with invitations and hospitality, and when they entered public rooms, everyone stood up. It had indeed been an epic journey (illicitly enjoyed by two stowaways, William Ballantyne and a cat named Wopsie), and one that made aeronautical history. Working from painstaking research in the records and the reminiscences of those members of the crew still living, Patrick Abbott describes in detail the design and manufacture of R. 34, the preparations for the Atlantic crossing, and the enthralling day-to-day story of the flight itself.

That story really began with the first ascent of a passenger-carrying balloon in 1783; continued when Santos-Dumont flew a lighter-than-air machine along the boulevards of Paris at rooftop height; and reached its highest point in the luxurious Graf Zeppelin The first four chapters of this book describe the theory of dirigibles and the many experiments that contributed to their development. The author then relates the design of R. 34 to this historical survey, and concludes with a summary in which he assesses the significance of the airship and its continuous improvement up to the thirties, by which time the future of aviation had already been pre-empted by the airplane.

Patrick Abbott, who is headmaster of a Junior School in Somerset, has spent many years in research for this informative and exciting book. It has 74 fascinating documentary illustrations, detailed reference notes and a bibliography.

In the Jupiter Books series. 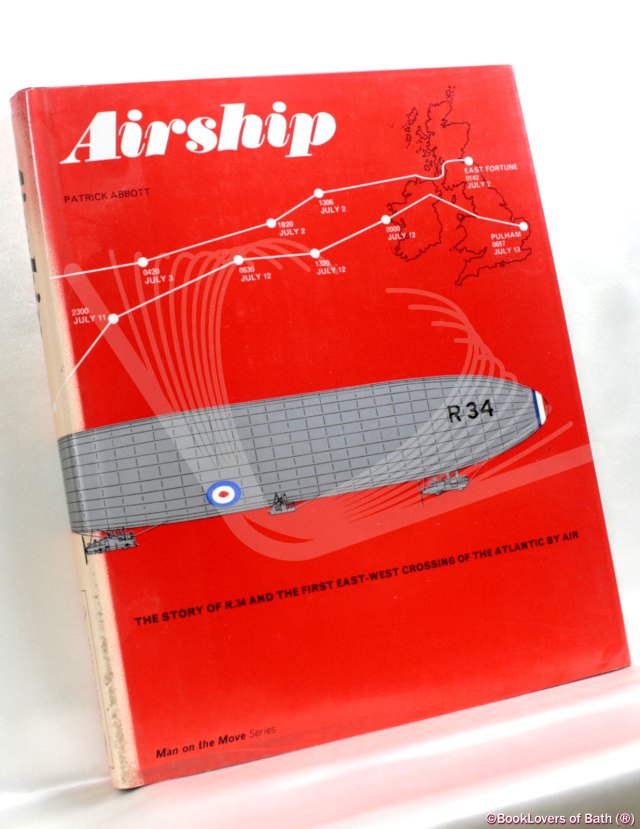