Movietone Presents the Twentieth Century (Lawrence Cohn) lands on the shelves of my shop, where it will be found in my Social History section. priced at just £4.00!

From the cover: For close to half a century, 20th Century-Foxs Movietone division was the largest news-gathering organization in the world. The newsreel has now all but disappeared, but in its heyday millions of people all over the world were first-hand witnesses to the events of their time.

The international archives of Movietone News constitute the largest collection of photographs in the world, more than two billion stills, from which the six hundred photographs in this volume have been selected. Movietone Presents The 20th Century does just that: the wars, fashions, personalities, news events, technology, fads and follies of three generations. The cameras caught the Japanese attack on Pearl Harbor, the coronation of Queen Elizabeth, the rise of Hitler, the destruction of the Hindenburg, a wistful Marilyn Monroe and much, much more.

These breathtaking photographs can be counted on to jog the memory and touch the heart and to remind us of our heritage both good and bad which constitutes the foundation of the present.

Very Good in Very Good Dust Wrapper. Dust wrapper lightly sunned at the spine with the price clipped, a little scuffing to the fold of the upper panel. Text complete, clean and tight. 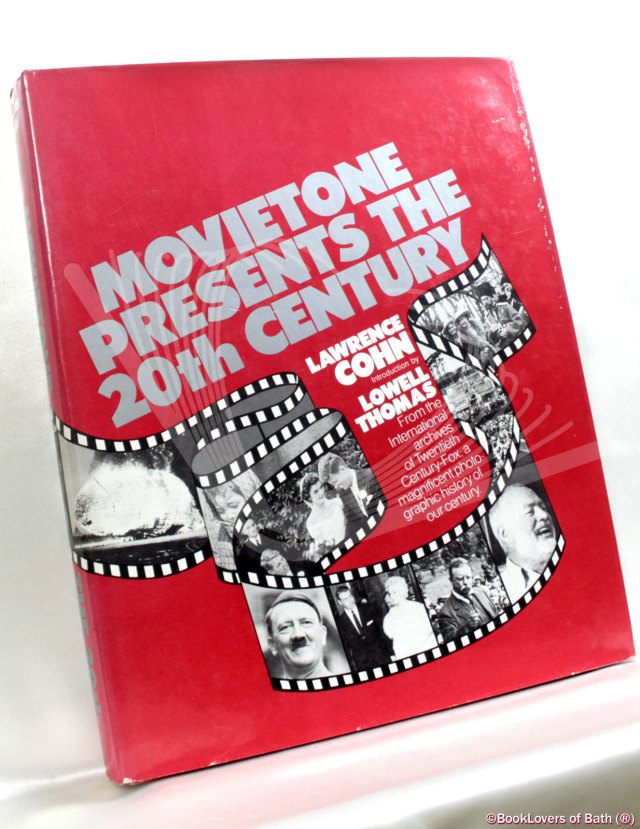