The Horror People by John Brosnan

The Horror People by John Brosnan soon to be presented for sale on the dazzling BookLovers of Bath web site!

From the cover: From fangs and freaks to creatures from outer space and tales of demonic possession the horror film spans an amazing world of the macabre and the bizarre. Yet many in the business resent the horror label; they feel that films which seek to portray war and violence realistically are the true horror films, and that their own productions are purely escapist entertainment which terrify at the time (because people enjoy being sea red) but which like nightmares leave no scars behind.

The Horror People is an immensely engaging close-up of the leading personalities in the British and American horror film industry, and makes rich use of first-hand interviews with the top directors, producers, actors, writers and fans. The first real horror star was Lon Chaney Snr, himself the son of deaf mutes, who specialized in playing spectacularly disfigured cripples. Later stars quickly became victims of typecasting some, like Bela Lugosi and Christopher Lee, resenting it, while others, like Boris Karloff, Vincent Price and Peter Gushing, accepted it with more or less good grace.

John Brosnan identifies a number of cycles in the history of the horror film from the early German-influenced cinema of the grotesque, through the classics of the 1930s (Dracula, Frankenstein, Dr Jekyll and Mr Hyde, Freaks, The Mummy etc. ) and the atomic-scare boom in science-fiction monsters in the early 1950s, to the great Hammer- and AlP-led revival of the later 1950s. Now that the horror film and directors like Roger Corman and Terence Fisher have become something of a cult, certain critics have tended to treat the subject over-solemnly. John Brosnan avoids this; instead he shows us the sheer fun (as well as the hard work) that has gone into producing works of fantasy and imagination which have, with their vitality, sensuality and colour, helped revitalize the cinema.

Of course, if you don’t like this one, may I enchant you with top-drawer choices of my Movies catalogue? 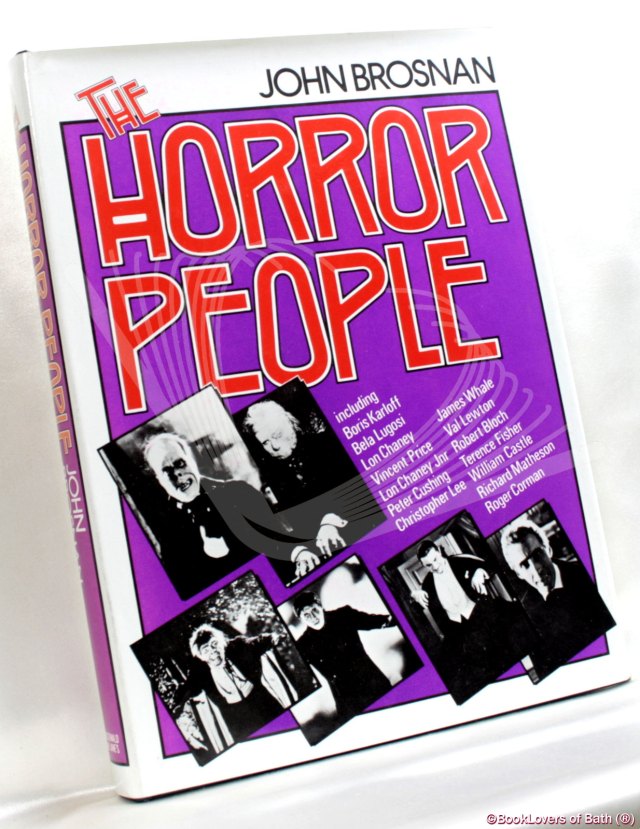