British Poetry and Prose 1870-1905 (Edited by Ian Fletcher) lands on the shelves of my shop, where it will be found in my Literature section. priced at just £4.00!

From the cover: This anthology of works written between 1870 and 1905 bridges the Victorian and Modernist periods. It is confined to imaginative literature, to poetry and short fiction, which together provide an image of an uneasy and pluralistic world, one which exerted peculiar pressures on the writer.

Naturalism, symbolism, and decadence were influential at this time, and in the selection included here we can distinguish the ideas and impulses that lay behind imperialism, socialism, and the early advance of the feminist movement. Rural culture is in decline, Romanticism has faded, and dogmatic religion is being replaced by attempts at elaborating a personal order.

Examples are also given of the literary innovations of the age, such as stream-of-consciousness narrative, experimentation in free verse, and the impressionist short story. Hopkins, Pater, Swinburne, Olive Schreiner, Alice Meynell, Charlotte Mew, Moore, Kipling, and Wells are among the authors included.

In the Oxford Authors series. 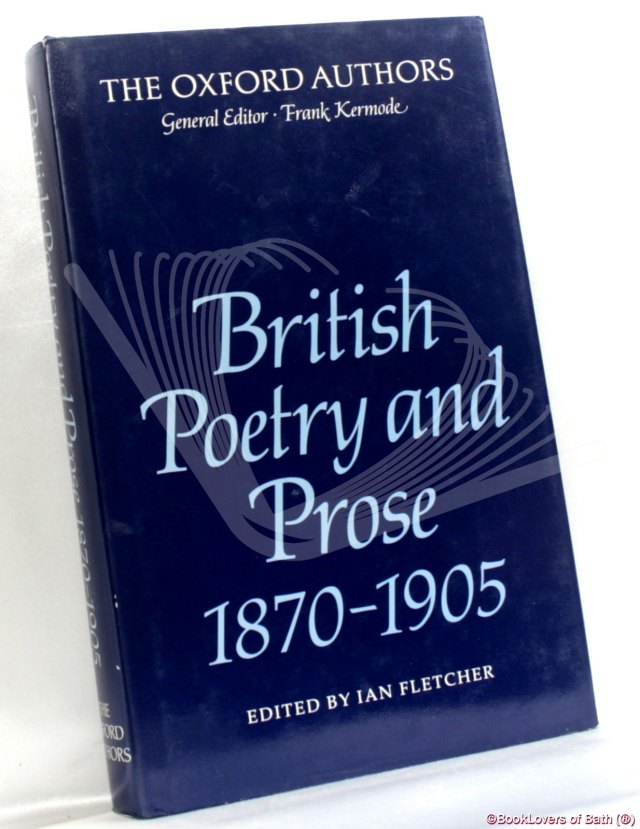