Life on Mars?: The Case for a Cosmic Heritage (Fred & Wickramasinghe Hoyle)

Life on Mars?: The Case for a Cosmic Heritage (Fred & Wickramasinghe Hoyle) lands on the shelves of my shop, where it will be found in my Science section. priced at just £4.00!

From the cover: Fred Hoyle and Chandra Wickramasinghe have again combined forces to write a book that is not just highly topical but in its broad sweep provides an insight into the origin and development of life and our place in the Cosmos.

This highly readable book expounds in a logical and scientific manner the radical idea that life did not originate on Earth, but was added to it from comets. When Fred Hoyle and Chandra Wickramasinghe first made this proposal in the 1970s they did not have many takers for the simple reason that the theory flew in the face of established beliefs. In recent years, however, evidence to support this theory has accumulated from many different directions and grown to the point of being compelling. Today we know that there are polyaromatic hydrocarbons in space, the amino acid glycine is present in a molecular cloud, organic dust with absorption properties similar to bacteria has been detected in comets, as well as in interstellar space. Furthermore, cometary dust with an organic composition is known to be entering the atmosphere at the rate of some tens of tonnes per day. Last August NASA scientists stunned the world by announcing that there was strong evidence for microbial fossils in a Martian meteorite. The most rational explanation for these facts and many more is offered in this book: life is a cosmic phenomenon, microbial life pervades the galaxy and indeed the entire Universe. The comet of the century, comet Hale-Bopp, that graced our skies so magnificently in recent weeks must serve to remind us not only of our cosmic heritage but also of our fragility should pieces of such comets strike the Earth, as they must inevitably do from to time.

This book is a must for all readers interested in general science, the origin of man and the meaning of life. 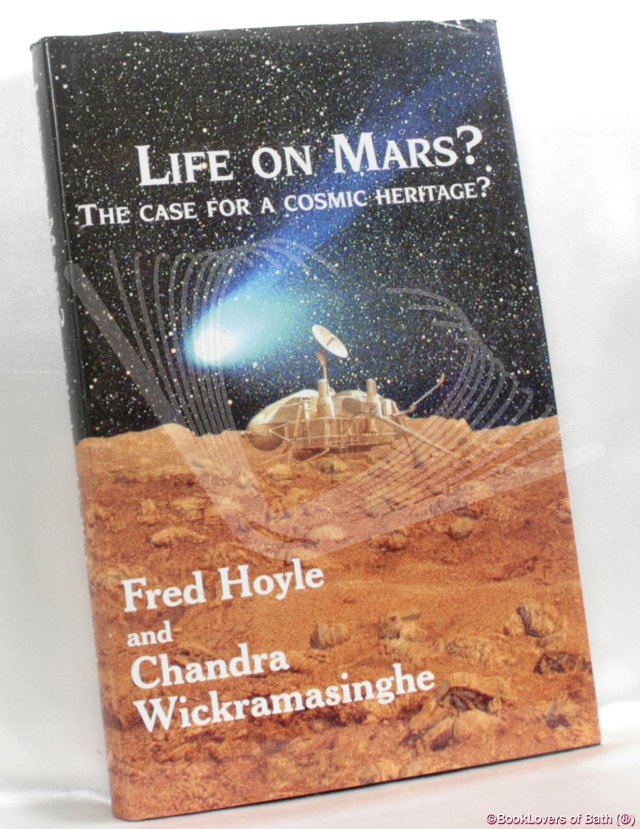