Creation of the Gods Volume I by Gu Zhizhong

Posted on November 9, 2017 by BookLovers of Bath

Creation of the Gods Volume I by Gu Zhizhong soon to be presented for sale on the super BookLovers of Bath web site!

From the cover: Creation of the Gods, published in the Ming Dynasty (1368-1644), is the most popular and one of the best, if not also the best-written, Chinese classics of mythical literature.

It begins with the grand pilgrimage of King Zhou of the Shang Dynasty (1700 B. C. – 1100 B. C. ), the most notorious tyrant in Chinese legend, to worship the Goddess Nu Wa, the creator of mankind in Chinese mythology, on her birthday. The beauty of the goddess completely bewitched the monarch and sets him on fire with lust. His poem written on the wall to express his deep love for the goddess infuriates her. She decided to punish the king and bring an end to the Shang Dynasty. The novel culminates with the crowning of King Wu of Zhou Dynasty (1066 B. C. – 256 B. C. ) and the canonization of gods by his prime minister Jiang Ziya.

However, the Chinese was a nation mostly composed of polytheists, who believed that there were numerous gods in the Three Realms Heaven, World, and Hell that rules over everything in this world and created various deities to suit their varied desires and needs. Most of the gods and deities were posthumously canonized historical national heroes and upright officials who were believed to have been heavenly deities sent to this world to deliver mankind from misery. In fact the roots of many of such popular beliefs and legend are found in Creation of the Gods.

Therefore, the novel is not simply a piece of literature, but very much an agglomeration of folk beliefs and religion. It is in fact a valuable and indispensable tool in understanding the Chinese folk culture.

Very Good in Very Good Dust Wrapper. A little rubbing to the edges of the dust wrapper.

Of course, if you don’t like this one, may I excite you with my selection contained in To Be Confirmed catalogue? 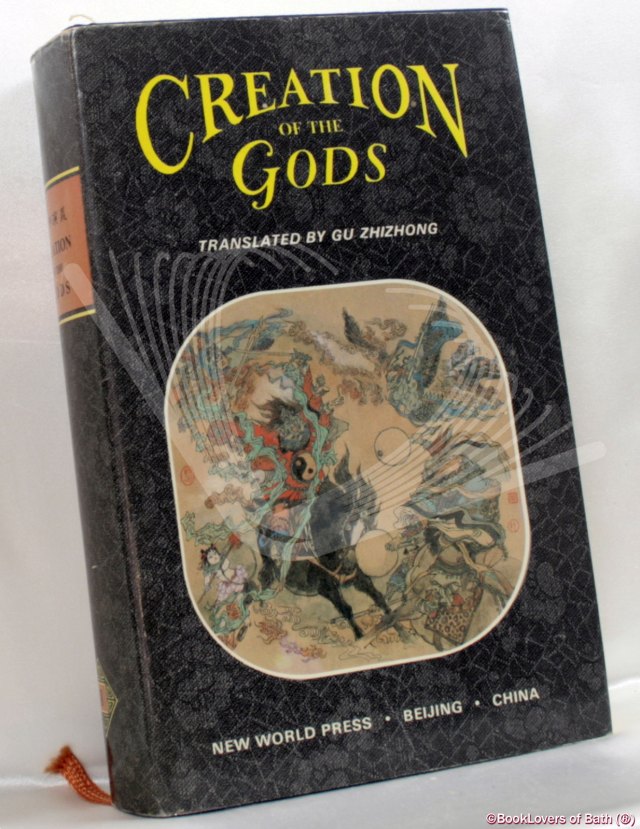