Going to the Wars: The Experience of the British Civil Wars, 1638-51 by Charles Carlton

Posted on September 16, 2017 by BookLovers of Bath

Going to the Wars: The Experience of the British Civil Wars, 1638-51 by Charles Carlton lands on the shelves of my shop, where it will be found in my Military History section.

From the cover: During the 1640s, tens of thousands of young British men set off for the Civil Wars full of that innocent enthusiasm with which so many before and since have welcomed the prospect of battle. Few had much idea of the reality of war. Brought up in a relatively peaceful society, they were totally unprepared for the military discipline, the physical exhaustion, the divided loyalties, the emotional strain, the loneliness, and, above all, the violence of combat.

Going to the Wars studies the British Civil Wars as a military experience. It is not a traditional campaign history, a political history of the war, or an analysis of weapons, organization, supply or tactics. Rather it explains how men prepared for combat, how they campaigned, fought battles and endured sieges. Others also endured the horrors of war, and the book pays special attention to those often excluded from a military panorama: women, children and prisoners of war.

Combining extensive research in primary sources with the work of the new military historians such as John Keegan and Richard Holmes, Charles Carlton provides a fresh look at the event once described by G. M. Trevelyan as the most important happening in our history.

Very Good in Good+ Dust Wrapper. A little rubbing to the edges of the dust wrapper which is lightly sunned at the spine. Text complete, clean and tight. 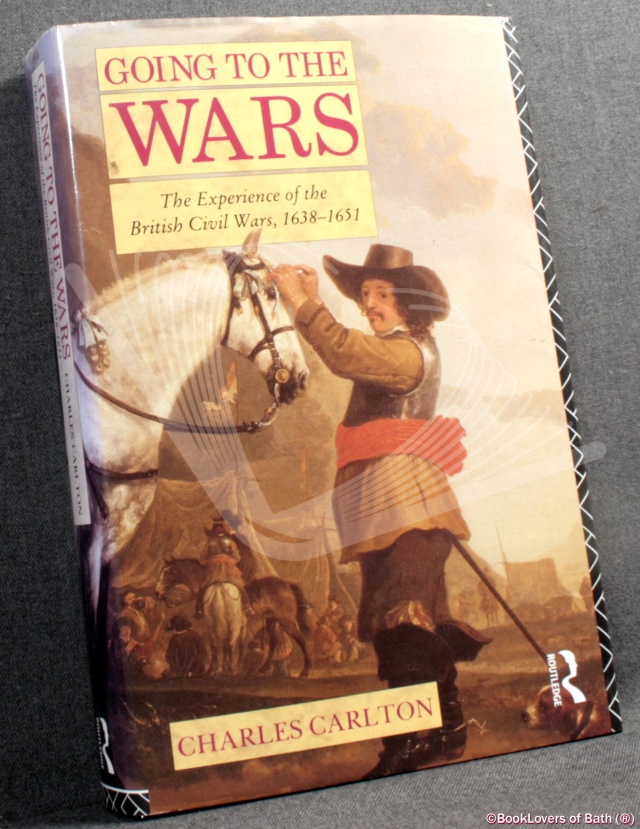