The Shell Book of Curious Britain by Anthony Burton

The Shell Book of Curious Britain by Anthony Burton lands on the shelves of my shop, where it will be found in my Travel British Isles section.

From the cover: A mock Colosseum in the Scottish Highlands, a house built to look like a pack of cards, a pub game called dwyle flunking and an oriental well in Oxfordshire despite the standardization of modern life, Britain still has a rich vein of oddities and curiosities, whether the extravagant whims of rich men, deliberately designed to attract attention, or simply the ordinary of yesterday still in evidence today.

Anthony Burton has gone in dedicated pursuit of the weird and wonderful, from ancient stone circles to exotic gravestones, from eye-catchers and follies of all kinds to still-surviving ancient customs, from mazes and grottos to extraordinary museums and flamboyant urinals. For your delight, he here presents his discoveries, plentifully illustrated, together with an easy-reference gazetteer, so that you can go and marvel for yourself. 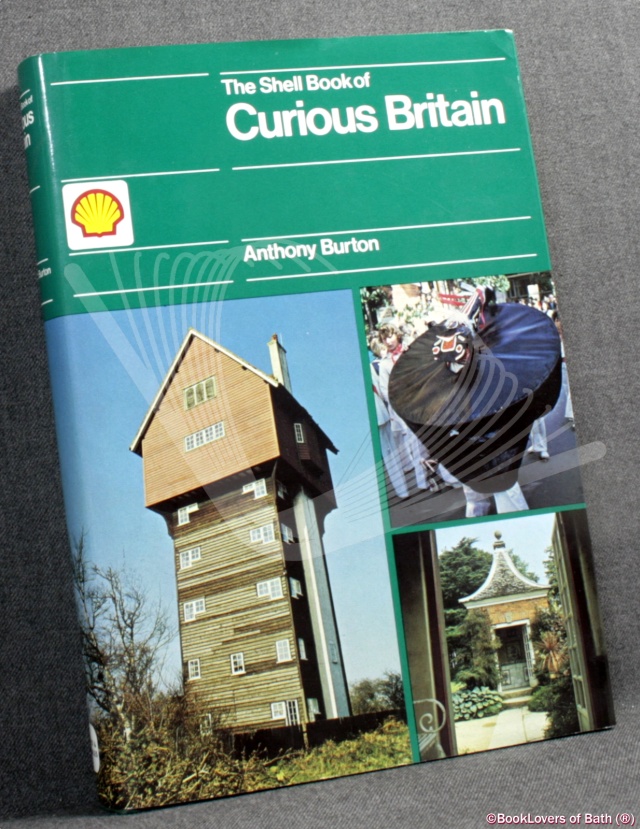 The world's leading book dealer in Peasedown St. John.
View all posts by BookLovers of Bath →
This entry was posted in BookLovers of Bath: The Shop! and tagged 0715380834, 9780715380833, britain, burton, curiosities, description, travel, wonders. Bookmark the permalink.