English Country Life, 1780-1830 by E. w. Bovill soon to be presented for sale on the outstanding BookLovers of Bath web site!

From the cover: This book, by the author of The England of Nimrod and Surtees 1815-1854, has a slightly earlier starting point and perhaps a more general appeal. There was no more formative period than this in the history of English country life. In agriculture and transport every civilized country modelled itself on the new methods and discoveries of British farmers and engineers. The domestic influences of these changes were profound. They gave the landscape its present form and country life a pattern which altered little for a hundred years, and which still governs the way of life of many a countryman. The period has been closely studied by social historians, but chiefly in the wider context of the Industrial Revolution. The authors purpose here is to present studies of certain aspects of country life which seem to him to merit closer attention than they have so far received. Thus, in chapters on, among other things, enclosure and consequent hardships, the squires, servants, travelling and the state of the roads, guns, poaching, and the coming of the railway, a mosaic of related studies is built up to give in broad outline a vivid and fascinating picture of English country life between 1780 and 1830. Quotation both from contemporary fiction and from magazines, memoirs, letters, and newspapers, by Cobbett, John Byng, William Howitt, Mary Mitford, Surtees, Dickens and others, brings very close the feel of many aspects of country life at that time.

Good+ in Good+ Dust Wrapper. Gently bruised at the head of the spine and the top corners of the boards with commensurate wear to the dust wrapper. Leans a little. Price Clipped. Edges of the text block lightly tanned. Text complete, clean and tight.

Of course, if you don’t like this one, may I charm you with my array of books shown in my Social History catalogue? 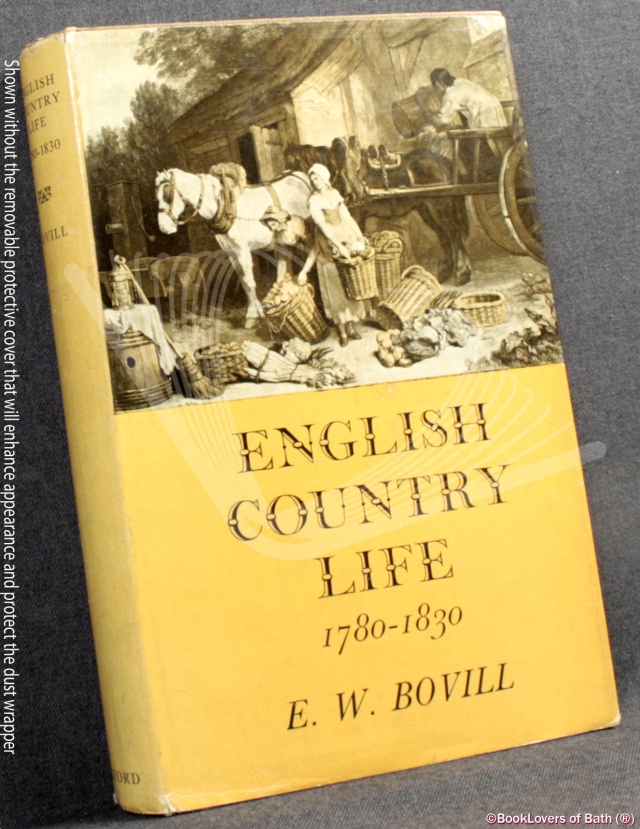