Prince Eugene of Savoy by Derek Mckay soon to be presented for sale on the exceptional BookLovers of Bath web site!

From the cover: The military genius of Prince Eugene of Savoy (1663-1736) has long been recognized: Napoleon counted him among the seven great generals of history. His important political career, however, is less well known, even though he was chief minister, of the Austrian ruler and German emperor, Charles VI. This work is the first scholarly study of Eugene to appear in English: it is based on a re-examination of Austrian primary sources and research into the English diplomatic records, and it takes full account of modern German scholarship.

An ambitious but penniless refugee from Louis XIVs court, Eugene joined the Imperial army at a critical moment when the Turks were besieging Vienna. He stayed on to serve three Habsburgs Leopold I, Joseph I and Charles VI becoming their most successful general. His victories against the Turks, culminating in the capture of Belgrade (1717), made him a European hero. In the west he played a leading part, as soldier and diplomat, in resisting Louis XIVs France. Although his greatest triumphs were in Italy, particularly the relief of Turin (1706), to English readers he is better known as the partner of Marlborough at Blenheim (1704) and in the struggle in Flanders from 1708. His appointment during the War of Spanish Succession as head of the war council and then of the Imperial conference, led to his pre-eminence under Charles VI.

Eugenes career is of great political significance. He helped create the multi-national Austrian state, one built on the reconquest of Turkish Hungary and the acquisition of the Southern Netherlands and parts of Italy despite French competition. The expulsion of the Turks from Central Europe and the taming of France owed much to the man rejected by Louis XIV as unfit to serve in his own army.

The book also discusses the personal life and interests of this life-long bachelor prince, his building of palaces, his book and art collections, and his role as one of the most influential patrons of his age.

In the Men in Office series.

Of course, if you don’t like this one, may I beguile you with my offerings from my intriguing Biography catalogue? 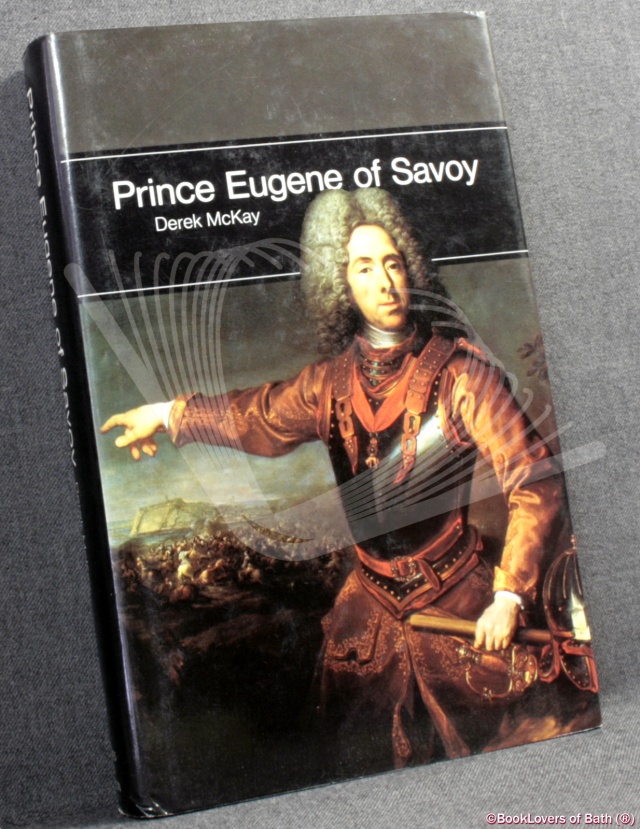