A Picture of Innocence by Lew Matthews

A Picture of Innocence by Lew Matthews lands on the shelves of my shop, where it will be found in my Fiction Author: M section.

From the cover: Albert Wheezy Wallis is a professional burglar of the old school with his own strict moral code that has never stopped him from shopping small time drug dealers to the police. So when he turns up dead in a car full of exhaust fumes, with handcuff bruises on his wrists, the police assume that his death is a simple case of underworld revenge.

But his friend, Hampstead crime reporter (and secret multi-millionaire) Horatio Parker, is not convinced. Parker, who just happens to own the Hampstead Explorer newspaper which employs him, discovers a baffling link between Wheezy and a priceless painting about to be auctioned by an exclusive London art gallery.

A visit to France to speak to the art expert who authenticated the painting results in a terrifying ordeal which nearly claims Parkers life. After that, he is more determined than ever to unravel the villainous plot behind the enigmatic eighteenth-century portrait of a young farm girl with the assistance of gorgeous French girl Eve Dupont, a cheeky Cockney taxi driver and a mountainous bodyguard called Thumper. And they reveal a conspiracy more murderous and contemptible than poor Wheezy Wallis could ever have imagined

Laced with humour and unorthodox detection, A Picture of Innocence marks a welcome return for Horatio Parker.

Very Good in Very Good Dust Wrapper. Gently bruised at the head of the spine and the top corners of the boards with commensurate wear to the dust wrapper. Pages very gently age-tanned. 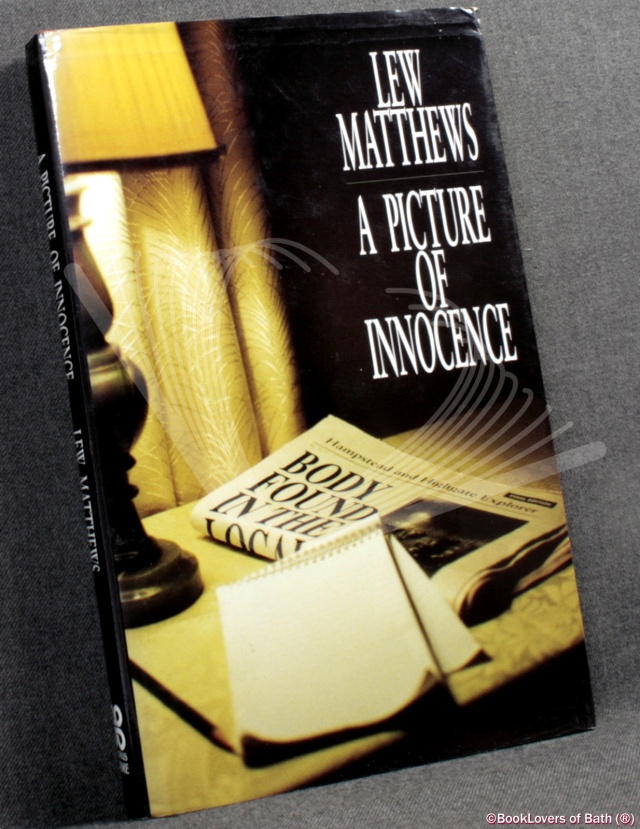