More Than a Game: The Story of Cricket’s Early Years by John Major

More Than a Game: The Story of Cricket’s Early Years by John Major lands on the shelves of my shop, where it will be found in my Sport Cricket section.

From the cover: Throughout his life John Major has loved cricket. In More Than a Game he examines it from its origins up to the beginning of the twentieth century. Along the way he considers the crucial role of the wealthy patrons who gambled huge sums on early matches; the truth behind the legends that have grown up around the famous Hambledon Club; changes in rules and techniques, including the transition from underarm to overarm bowling; the long-standing, but often blurred, distinction between gentlemen and players; the coming of the MCC and its role as the supreme arbiter of the game; the spread of cricket throughout the British Empire; and the emergence of the county game and international competition.

It is a story rich in anecdote and colourful characters. Many of the great names from the Golden Age of cricket C. B. Pry, Ranjitsinhji, Demon Spofforth and of course the towering figure of W. G. Grace are still well-known today. But long before then the game already had its stars: men like the Kentish innkeepers son Lumpy Stevens, who played at the highest level until he was nearly sixty; silver Billy Reldham, who was taught how to bat by a gingerbread baker; the notoriously avaricious and ill-tempered Lord Frederic Beauclerk, a direct descendant of Charles II and Nell Gwynne; and the mighty Lion of Kent Alfred Mynn.

More Than a Game is not just an affectionate look at a sport that has given John Major a lifetimes pleasure. He reveals that many of the most cherished and widely held beliefs about crickets origins are based on little more than myth; he also goes beyond the boundary to examine the social changes that affected both the game and the wider society. The story he uncovers is a fascinating one that will delight and often surprise not only the cricket-lover, but anyone with an interest in the forces that have shaped our modern world. 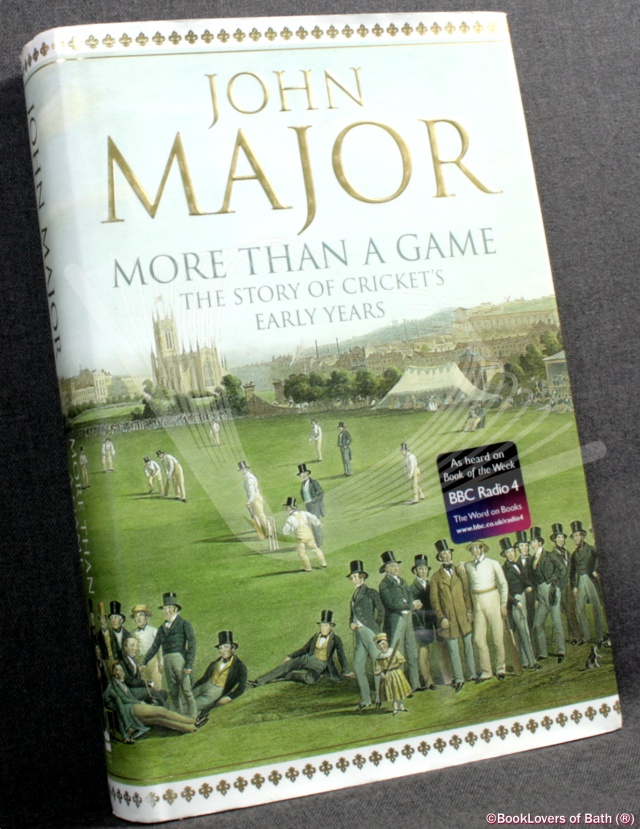