Australian Son by Max Brown lands on the shelves of my shop, where it will be found in my Biography section.

From the cover: The particular Australian son with whom this story is concerned was the Australian contemporary of the American outlaw, Jesse James no less a person than Ned Kelly, uncrowned King of Australia. When it comes to kings, some Australians are liable to be humorous. But when it comes to bravery, the easy- going Aussies are liable to become exceedingly jealous. We may be rough but, by God, weve got guts. When an Australian wharfie or farmer wishes to describe bravery there is one phrase that expresses the superlative game as Ned Kelly.

Who was this Kelly who, out of the chemistry of a nations youth, has become its one more-than-life-size folk hero a force alive and active today, seventy years after his death, and in some way a symbol of something unique in Australian character?

Kelly was a bushranger, of course, a pirate on horseback, a dyed-in-the-wool villain to respectable historians, and to the majority of his countrymen of the time, a hard-case who would have made a fine citizen of the world had his star risen in a different quarter and not set so rapidly behind the gallows.

More has been written about Kelly than of any other Australian, Don Bradman and Phar Lap included. Yet, in this volume, which was the entire life of the writer for fifteen months, we have the first full-scale and responsible attempt to tell the story of this son of Australia who has been damned or sainted by every hack below Capricorn since his name first flashed across the worlds press in 1878.

Australian Son commences at the year 1839, and sketches forty tumultuous years of Victorian history with greater boldness and deeper insight than any other Australian work, history or fiction. The squatting age, the gold-rush, the Eureka Stockade rebellion, the carving up of the squatting estates between the ex-diggers, and the coming of the industrial age are all dealt with. From this background, which, incidentally, had much in common with the story of the American West, emerge squatters, police troopers, an occasional English gentleman, the Irish-Australian settlers, and finally, Kelly himself (to use his own words), fearless, free and bold, riding his grey mare, Mirth, in the bright morning of Australian history.

Good in Poor Dust Wrapper. Dust wrapper edgeworn and torn, with much loss and several repairs. Top edge of the text block heavily tanned. Edges of the text block lightly spotted. Text complete, clean and tight but a little age-tanned with a faint water mark to the very foot of the last few leaves. Phoenix House sticker over the publishing colophon on the title page. 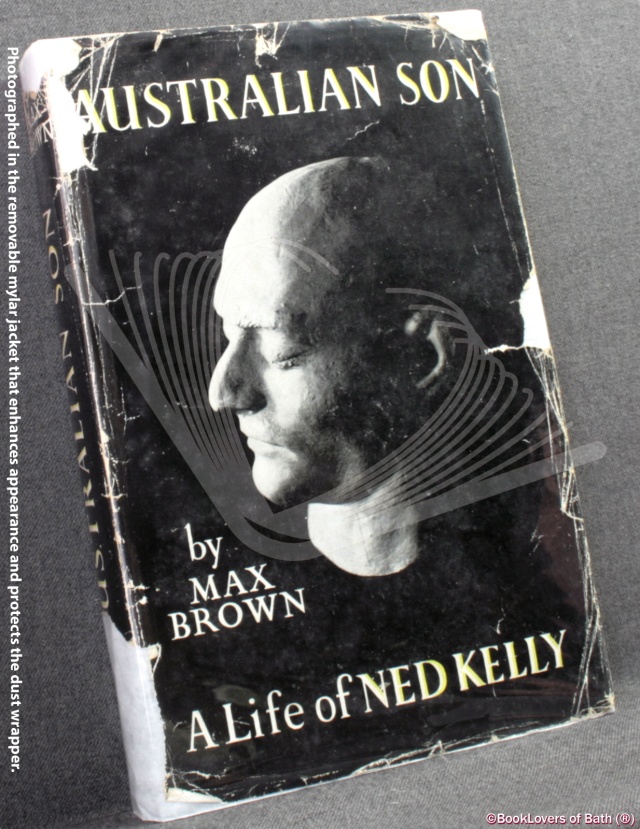