Ancient Metrology: The Dimensions of Stonehenge and of the Whole World as Therein Symbolised by John Michell

Ancient Metrology: The Dimensions of Stonehenge and of the Whole World as Therein Symbolised by John Michell soon to be presented for sale on the stupendous BookLovers of Bath web site!

From the cover: Here for the first time are set out the exact lengths of the ancient units which measured Stonehenge and other such monuments as the Parthenon and the Egyptian pyramids. These same units, some of which survive in traditional metrologies from Britain to China, were also applied to the dimensions of the earth as accurately known in prehistoric times. From the facts displayed in this book there follow some remarkable conclusions about the achievements of the ancient science. Also raised are important questions as to the date and source of that science and the history of its universal rise and decline.

Of course, if you don’t like this one, may I beguile you with my offerings from my intriguing Architecture catalogue? 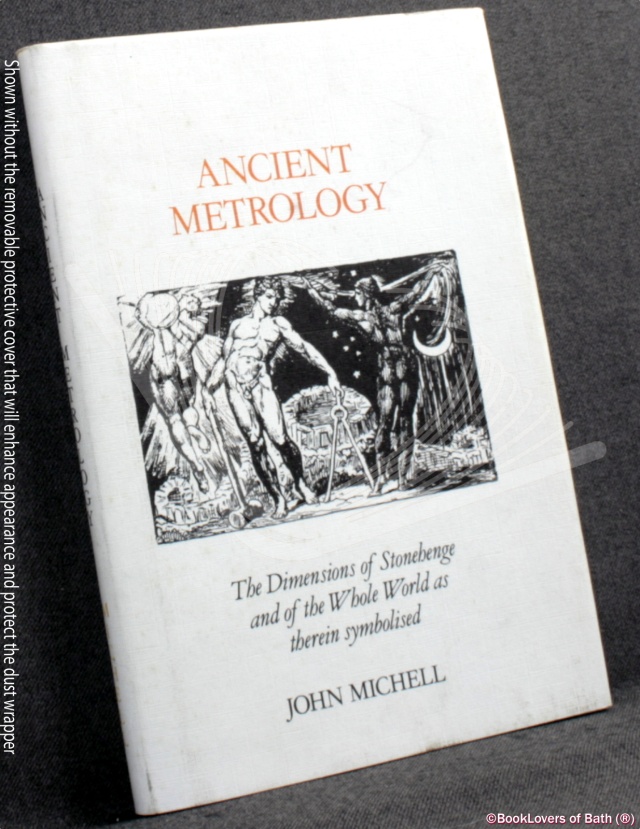