Vanishing Africa by Mirella Ricciardi soon to be presented for sale on the inspired BookLovers of Bath web site!

From the cover: Vanishing Africa is not only one of the most beautiful photographic books to have appeared for many years, but it is also a record of exceptional interest and value. Us publication was accompanied by features in leading papers and magazines throughout the world, and followed by exhibitions in London, New York, Paris, Frankfurt, and Nairobi.

Reviewing this book in the Guardian, Bishop Trevor Huddleston wrote:Perhaps the only legitimate way in which non-Africans today can interpret Africa to the world is the camera. By this medium, so much can be shown that is indescribable in any other fashion. But there are very few photographers who have at one time all the qualities needed for such a task; the love of Africa and its marvellous people; the singleness of purpose; the store of patience; the courage and the technical skill. Mirella Ricciardi has all of these and a ready pen as well. The result is a book which can truly be called a masterpiece.

Vanishing Africa, since it first appeared in 1971, has been in continuous demand and has run through a number of impressions. But in 1974 unprecedented increases in the costs of book production have made it necessary to convert certain plates from colour to monochrome: nevertheless the total number of plates and their subjects remain unaltered.

Very Good in Good Dust Wrapper. A little rubbing to the edges of the dust wrapper, pulled lightly at the foot of the upper panel, more heavily to the lower with a snag near the head of the spine. Extensive previous owners’ gift inscriptions to the front pastedown.

Of course, if you don’t like this one, may I fascinate you with a carefully selected medley hither or maybe further, hand picked, books in my Travel Africa catalogue? 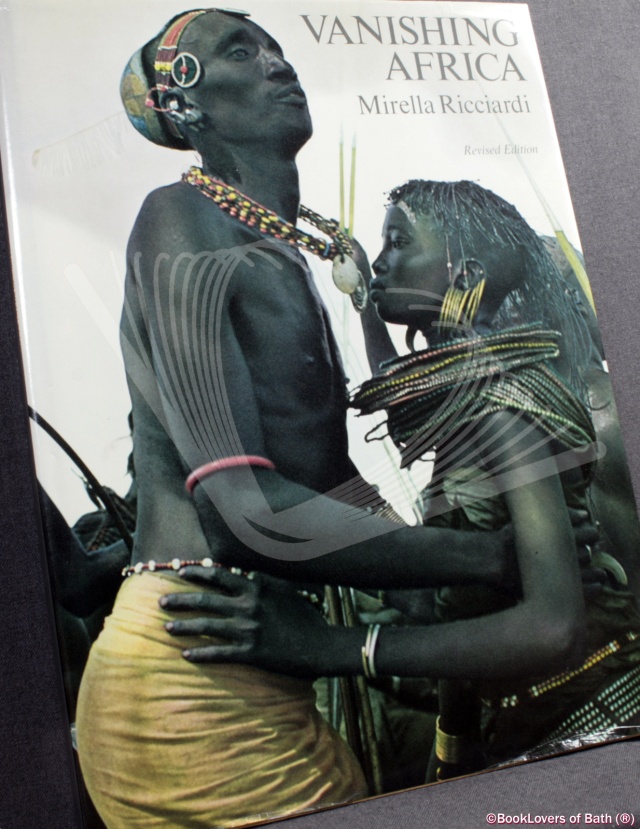