Wedmore’s Moors and The Enclosure Acts of the Eighteenth Century: Together with Some Records of the Parish Relating to this Subject and Period by Cuthbert Arthur Rose

Wedmore’s Moors and The Enclosure Acts of the Eighteenth Century: Together with Some Records of the Parish Relating to this Subject and Period by Cuthbert Arthur Rose soon to be presented for sale on the superior BookLovers of Bath web site!

From the cover: The Isle of Wedmore has been fortunate in its local historians local in both senses of the word: individuals who have lived in and grown to know Wedmore, and who have shown in their historical writing that the more one explores the history of ones own place, the more there is to find.

Mr Cuthbert Rose is continuing a tradition set by earlier Wedmore residents such as Reverend S A H Hervey and W Marston Acres. He has concentrated his attention on the written record of one of the major events in its history: the 18th century Enclosure Acts which ended the existence of the literal Isle of Wedmore. The culmination of drainage efforts since medieval times, these moorland Enclosure Acts are quite distinct from the arable enclosures of historical textbooks. They did not merely change an existing agricultural landscape they created a totally new one, from what had been, in historical times at least, waterlogged marshes of alder thicket and reedbed, seasonal patches of rough pasture and open expanses of flood-prone wasteland. They altered, rapidly and radically, the whole balance of the farming economy of Wedmore and recorded the process of that alteration in minute detail. They marked the end of the island nature of Wedmore, although not of the distinctive, self contained character of the place which had been moulded by the comparative isolation and independence of so many previous centuries, and which, one likes to think, remains such an attraction today.

Very Good in Very Good Dust Wrapper. A little rubbing to the edges of the dust wrapper, with a couple of small dings to the upper panel which is spotted on the verso. Text complete, clean and tight.

Of course, if you don’t like this one, may I captivate you with this splendid selection hither or maybe further, hand picked, books in my Local History catalogue? 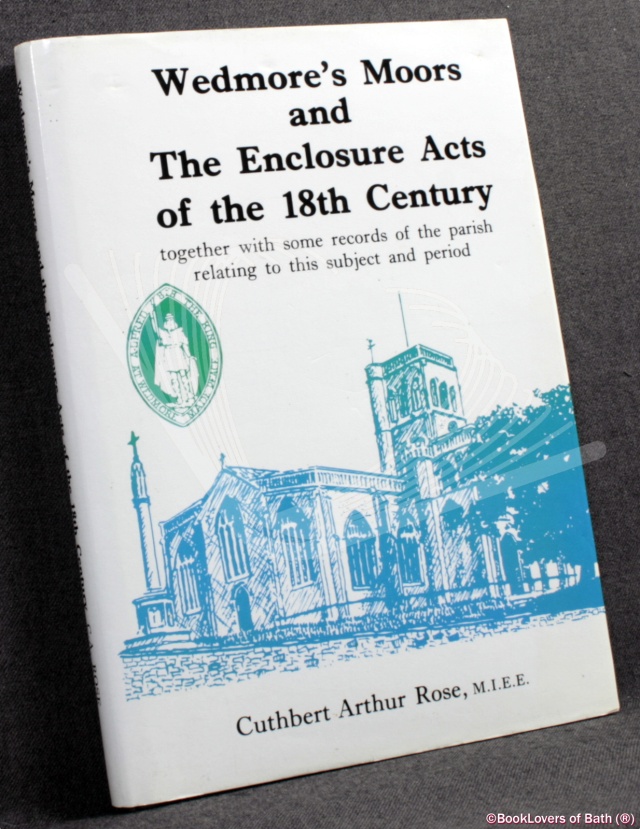