A History of the Uniforms of the British Army Volume V by Cecil C. P. Lawson

A History of the Uniforms of the British Army Volume V by Cecil C. P. Lawson available soon at the astounding BookLovers of Bath web site!

From the cover: This volume continues Mr Lawsons massive survey from the late eighteenth century of volume IV into the beginning of the nineteenth century the period not only of the Napoleonic Wars in Europe, but also of the strife between Canada and America. Thus the range of uniforms to be covered is a wide one, and in this volume the author has concentrated on those of the Regular Infantry and of Volunteer and Militia units at home and abroad.

The uniforms of the Infantry regiments are studied in great detail and attention is also given to their bands, drummers, trumpeters and even their pets and mascots.

Englands fear of invasion caused a large number of local militia units to be raised, all of which adopted specific uniforms, and many of these had bands, drummers and trumpeters as well. Mr Lawson has been able to provide a wealth of information on these lesser-known units and also on the foreign regiments which supplemented British forces at this time, such as the exotic Chasseurs Brittaniques, De Rollss and other Swiss, Dutch, Italian, Corsican and Maltese troops.

There is a large section on Canada, where regular forces from Great Britain were also supported by local militia units, while other important passages feature Colours and Lacings. There are two appendices one on Orders and the other the inspiring story of Laura Secord, Canadas national heroine.

The authors illustrations, three of which are in colour, accompany the text, as usual, making this a complete work of reference.

Of course, if you don’t like this one, may I persuade you to have a look at more books hither or maybe further, handpicked, books in my Military Army catalogue? 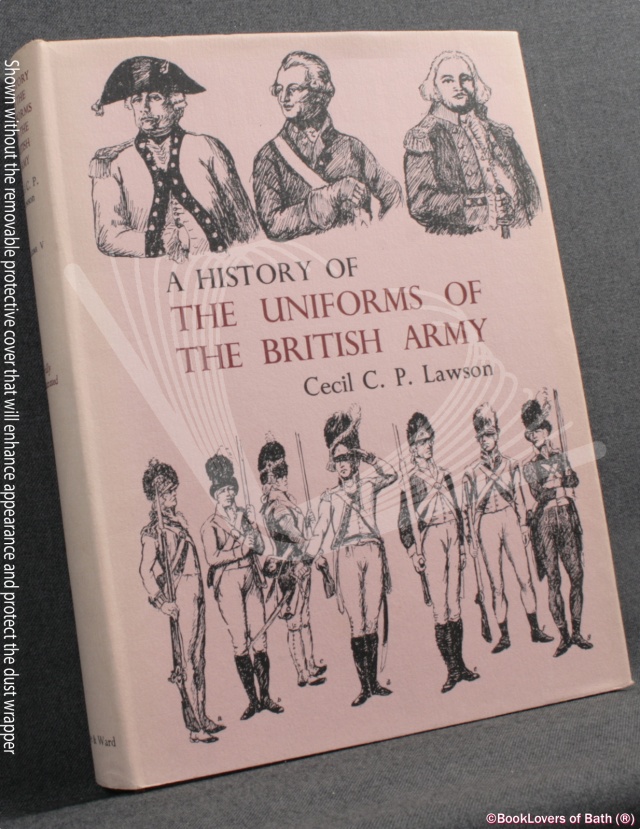