The Vertigo Years: Change And Culture In The West, 1900-1914 by Philipp Blom available soon at the outstanding BookLovers of Bath web site!

From the cover: Europe, early in the twentieth century: a world adrift, a pulsating era of creativity and contradictions. The major topics of the day: terrorism, globalisation, immigration, consumerism, the collapse of moral values and the rivalry of the superpowers. The twentieth century was not born in the trenches of the Somme or Passchendaele but rather in the fourteen vertiginous years preceding the First World War.

In this short span of time, a new world order was emerging in ultimately tragic contradiction to the old. These were the years in which the political and personal repercussions of the Industrial Revolution were felt worldwide: cities grew like never before as people fled the countryside and their traditional identities; science created new possibilities as well as nightmares; education changed the outlook of millions of people; mass-produced items transformed daily life; industrial labourers demanded a share of the political power; and women sought to change their place in society as well as the very fabric of sexual relations.

From the tremendous hope for a new century embodied in the 1900 World Fair in Paris to the assassination of a Habsburg archduke in Sarajevo in 1914, Philipp Blom chronicles this extraordinary epoch year by year. Prime ministers and peasants, anarchists and actresses, scientists and psychopaths intermingle on the stage of a new century in this portrait of an opulent, unstable age on the brink of disaster.

Beautifully written and replete with deftly told anecdotes, The Vertigo Years brings the wonders, horrors and fears of the early twentieth century vividly to life.

Of course, if you don’t like this one, may I beguile you with my offerings from hither or maybe further, handpicked, books in my Social History catalogue? 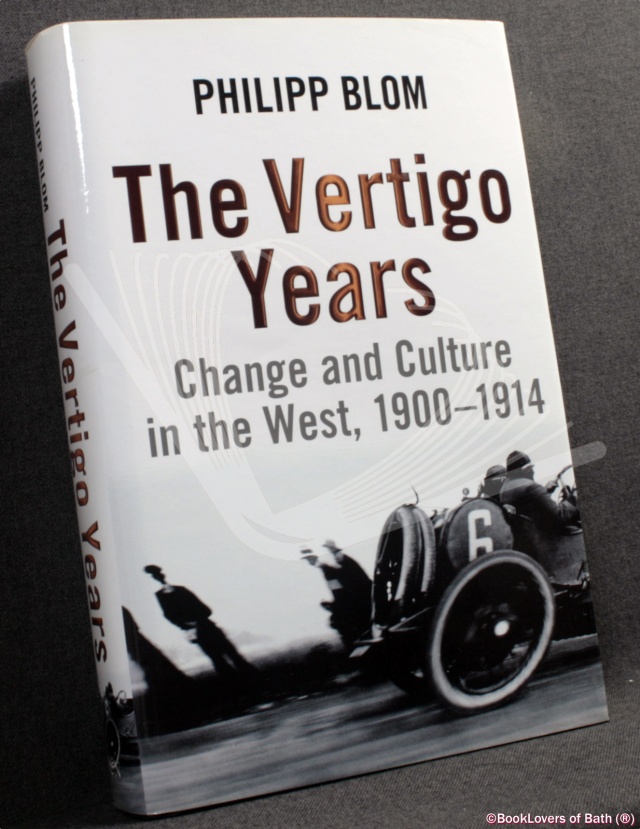