Holy Warriors: A Modern History of the Crusades by Jonathan Phillips

Holy Warriors: A Modern History of the Crusades by Jonathan Phillips available soon at the astounding BookLovers of Bath web site!

From the cover: Holy war: Christianity versus Islam. Brutality, greed, honour, chivalry; the clink of chain mail, the clatter of hooves, the call of the muezzin. Such are the stock ingredients of the Crusades. But to what extent do the stereotypes fit with the reality?

In his remarkable new book, Jonathan Phillips explores this conflict of ideas, beliefs and cultures and shows both the contradictions and the diversity of holy war: friendships and alliances between Christians and Muslims; triumphs of diplomacy rather than the sword; the launch of crusades against Christians, and calls for jihads against Muslims.

Phillips draws on contemporary writings on chronicles, songs, sermons, travel diaries, letters, financial accounts and peace treaties to throw a brilliant new light on people and events we thought we knew well: the bloody conquest of Jerusalem in the First Crusade; the titanic struggle between Richard the Lionheart and Saladin; the breathtaking naivety of the Childrens Crusade; and the ruthless suppression of the Knights Templar. Less familiar but no less central are the stories of the intimidating and astute politician, Queen Melisende of Jerusalem; the fiery preacher, Al-Sulami; the Arabic-speaking excommunicate and Holy Roman Emperor, Frederick II.

Over time the Crusades were directed against a variety of opponents: not only Muslims in the Middle East but against Cathar heretics, political enemies of the papacy, the Mongols, pagan tribes of northern Europe, and the Ottoman Turks. Although the notion of fighting for ones faith fell into disrepute in the Enlightenment, in a final chapter Jonathan Phillips traces the crusading impulse up to the present day to George W. Bushs characterisation of the war on terrorism as a crusade.

Vivid, original and illuminating, Holy Warriors provides an unparalleled account of one of the great cultural, political and religious movements in world history.

Very Good in Very Good Dust Wrapper. Unlaminated dust wrapper a little edgeworn with a promotional sticker to the upper panel which is best left in place. Edges of the text block lightly tanned.

Of course, if you don’t like this one, may I entice you with something lovely from hither or maybe further, handpicked, books in my History catalogue? 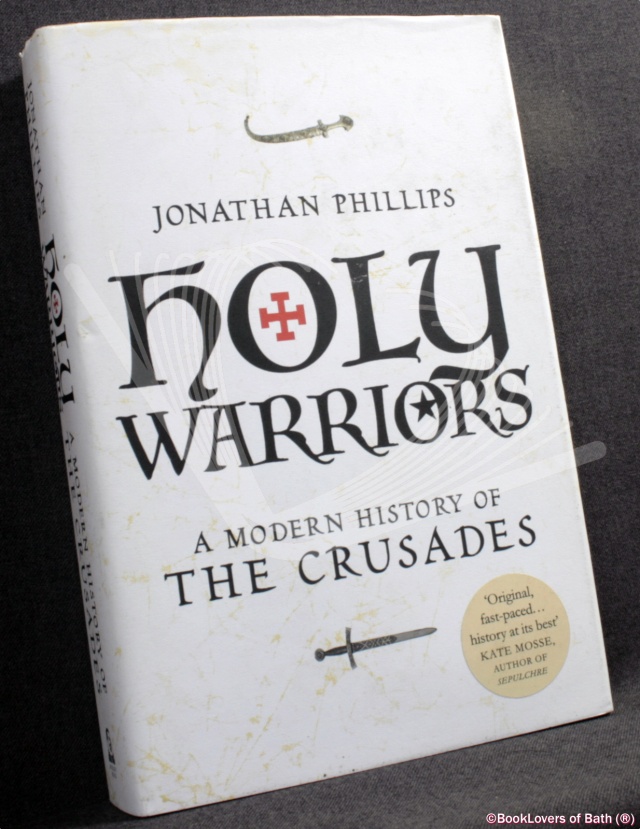