Soviet Risk-taking and Crisis Behavior: A Theoretical and Empirical Analysis by Hannes Adomeit

Soviet Risk-taking and Crisis Behavior: A Theoretical and Empirical Analysis by Hannes Adomeit soon to be presented for sale on the special BookLovers of Bath web site!

From the cover: Under what conditions is the Soviet leadership prepared to take risks in the conduct of its international affairs? Does Soviet behaviour in crises conform to the commonly accepted rules or conventions of crisis management? How important are threats, ultimatums and military pressure for the achievement of Soviet objectives? These are questions which have often been asked in the West by political leaders and academic specialists, but they have never been systematically analyzed. In this book Hannes Adomeit provides such an analysis.

Detailed examination of the two Berlin crises forms the empirical background against which comparisons are made with the role of the Soviets in other crises-in Cuba, the Middle East, in Vietnam and in Afghanistan -as well as with patterns of Soviet intervention in Eastern Europe. Dr Adomeit shows that successive Soviet leaderships, whether headed by Stalin, Khrushchev or Brezhnev, have acted as though guided by a set of firm operational principles. These principles and patterns of Soviet crisis behaviour are explained by the interplay of four factors: an ideology requiring constant political initiative; a wide interpretation of security interests; diverse and growing military power; and the centralizing features of the Soviet system. Together they add up to certain advantages over Western pluralist systems; in particular, they can result in successful strategic deception and surprise.

Soviet Risk-taking and Crisis Behaviour will help the general reader to understand the nature of the Soviet challenge in the years ahead and the practitioner of politics to chart the difficult but necessary course between dangerous complacency and equally dangerous over-reaction to Soviet initiatives. Above all, it will be indispensable for students and specialists in international and comparative politics, since it relates theoretical notions of risk and crisis to actual Soviet foreign policy-combining strategic analysis with bureaucratic models of decision-making.

In the Studies of the Russian Institute Columbia University series.

Of course, if you don’t like this one, may I enchant you with top-drawer choices hither or maybe further, hand picked, books in my Political Russia catalogue? 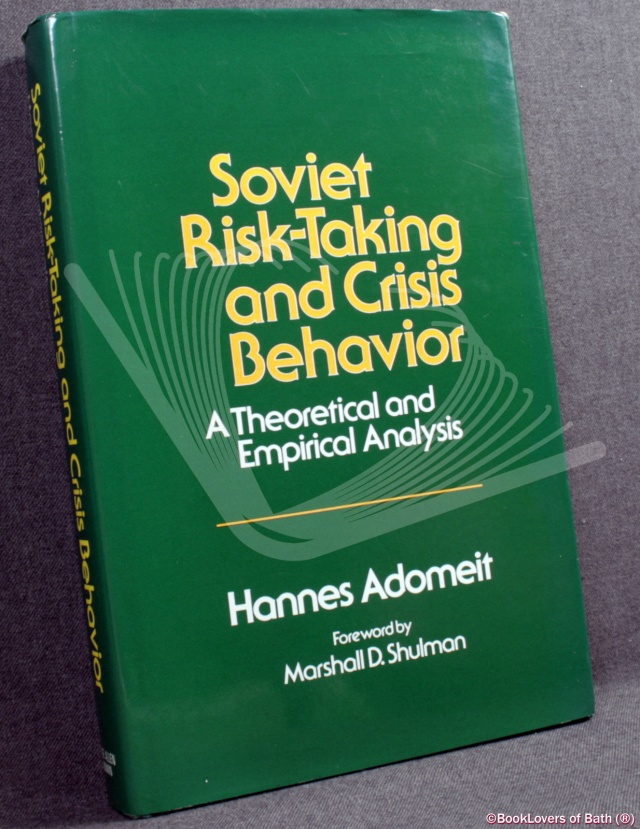