McDonnell Douglas Aircraft Since 1920 Volume I by Rene J. Francillon

McDonnell Douglas Aircraft Since 1920 Volume I by Rene J. Francillon soon to be presented for sale on the exceptional BookLovers of Bath web site!

From the cover: On its first publication in 1979 this book was acclaimed, as an important contribution to aviation history and one of the most comprehensive of all the Putnam manufacturers series. It has been out of print for nearly four years, during which time McDonnell Douglas has continued to produce large numbers of aircraft and has also acquired Hughes aviation interests. Consequently the revisions and additions necessary to bring the book right up to date resulted in a work beyond the scope of a single volume, so it has been divided into two parts. This, the first volume, covers the history of Douglas and its associate companies, and details all of its aircraft up to the 1967 merger with McDonnell. The division comes with the DC-9 80 series, which is mentioned briefly, but full coverage is given in Volume II as the MD-80, along with the whole DC-10/MD-ll programme.

The second volume currently in preparation will cover all McDonnell aircraft, all the aircraft of the newly acquired Hughes company, post-1967 MDC products, and the contributions of McDonnell Douglas to missile and space activities. Opportunity has been taken in both parts to incorporate the latest information, to add and substitute new 3-view drawings and photographs, and to correct the few errors which a work of this magnitude inevitably attracts.

In the Putnam Aeronautical Books series.

Of course, if you don’t like this one, may I entrance you with a variety of books hither or maybe further, hand picked, books in my Transport Air catalogue? 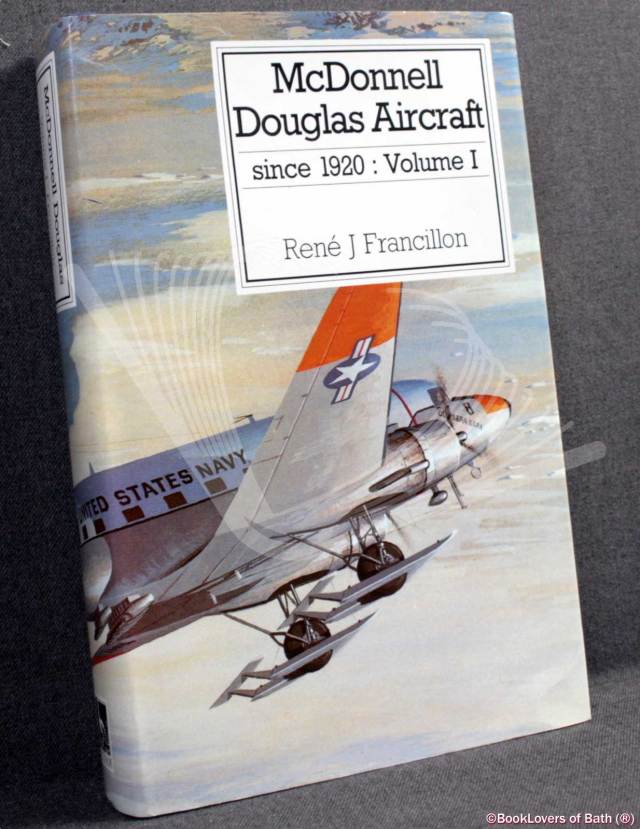