The Canals of South and South East England by Charles Hadfield

Posted on October 6, 2015 by BookLovers of Bath

The Canals of South and South East England by Charles Hadfield soon to be presented for sale on the brilliant BookLovers of Bath web site!

From the cover: Charles Hadfields The Canals of Southern England, published in 1955, has been out of print for some time. Since it was written, new records have been found and specialised studies made of several waterways within the area covered. It has therefore been replaced by two new volumes, The Canals of South West England already published, and this present book.

The Canals of South and South East England tells the story of all inland waterways south of the Thames and of Gloucester, and east of a line drawn roughly from Bristol to Christchurch. These include major canals like the Thames & Severn, Gloucester & Berkeley and Kennet & Avon, the Thames navigation itself, the many smaller canals and navigable rivers in the London area, Kent, Surrey, Sussex and Hampshire, and interesting schemes that came to nothing.

The old text has been thoroughly revised, and there is also much completely new information, especially on waterways about which separate books have not yet been written: the Stroudwater, Wilts and Berks, Grand Surrey, Croydon, Thames & Medway, Medway, Kentish Stour, and those of Hampshire.

Very Good in Very Good Dust Wrapper. A little rubbing to the edges of the dust wrapper with a very small nick to the foot of the upper panel. Text complete, clean and tight.

Of course, if you don’t like this one, may I beguile you with my offerings from hither or maybe further, hand picked, books in my Transport Canals catalogue? 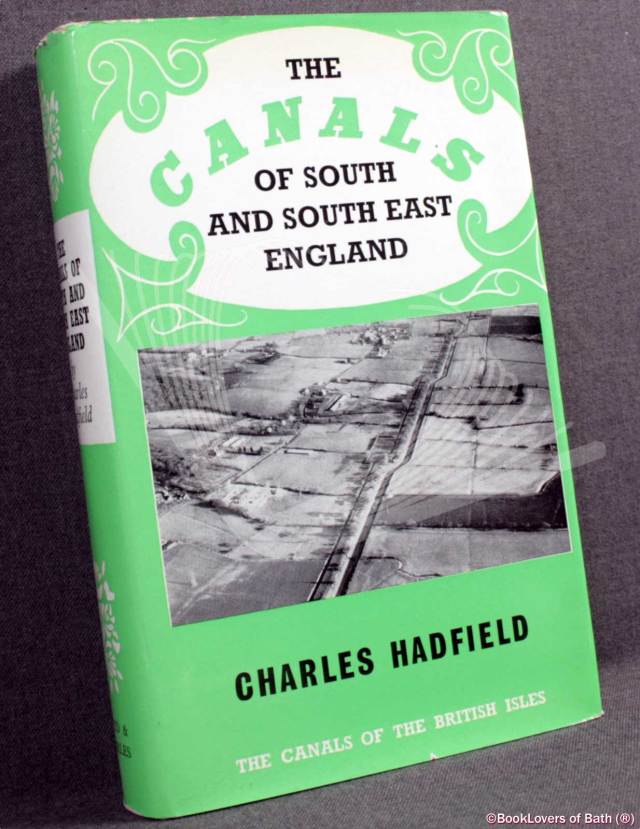