Posted on September 19, 2015 by BookLovers of Bath

Napoleon’s Great Adversary: Archduke Charles and the Austrian Army, 1792-1814 by Gunther E. Rothenberg soon to be presented for sale on the wonderful BookLovers of Bath web site!

From the cover: The largest force continually engaged against Napoleon and the forces of Revolutionary, later Imperial, France from 1792 to 1814 was the Imperial and Royal Austrian army. It was this army which, throughout Europe, carried the burden of the war on land. Though defeated repeatedly by Napoleon, its record against French armies generally was good. Rising from its previous defeats, in 1809, the Austrian army inflicted the first defeat on Napoleon and in 1813, contributed the largest contingent to the Allied effort in Germany. Despite participating in almost all Continental wars, the Imperial Austrian army, comprising myriad nationalities, has been neglected by military historians and its campaigns, when recorded, have been chronicled from the French viewpoint.

In 1982, Gunther E. Rothenberg, working mainly from the Austrian reference sources, but avoiding the bias in much of the writings following the Empires 1866 defeat in Germany, produced the first balanced and complete survey. In the intervening 13 years, much has changed in the old imperial territories in Central Europe, while the crucial 1809 Danube campaign in particular has received greater attention, but Dr. Rothenbergs work remains the standard reference on the Austrian army in English.

The effects of the political, economic and social constraints are clearly explained to put the Austrian army in to the context of its day. The major campaigns and important battles are covered in detail; the strategy and tactics of its commanders are explained and analysed; the initial organisation and subsequent reforms delineated to produce a thorough survey of the Austrian army. It provides both a general reference for all interested in the Napoleonic epoch and a foundation for further study for both historian and military enthusiast alike.

Of course, if you don’t like this one, may I beguile you with my offerings from hither or maybe further, hand picked, books in my Military History catalogue? 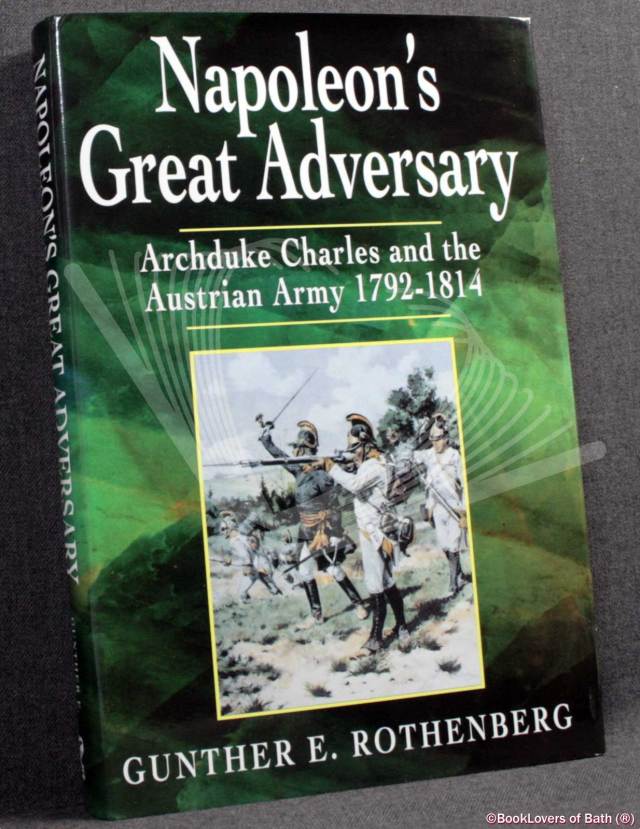