British Vessels Lost At Sea 1914-18 by Anon. soon to be presented for sale on the super BookLovers of Bath web site!

A facsimile reprint of the original official publications Navy losses and Merchant shipping Losses which were first published in August 1919 by His Majesty’s Stationery Office, London.

From the cover: In August 1919, less than a year after the First World War ended, His Majestys Stationery Office issued two important House of Commons papers. One was entitled Navy Losses and the other Merchant Shipping (Losses). Not surprisingly, original editions of both these reports are extremely scarce today but, although prepared so soon after the cessation of hostilities, they are still invaluable reference sources for anyone interested in 20th-century military affairs.

Now both these indispensable papers have been combined into one case-bound volume. Apart from a minor alteration in the order of the contents, they are reprinted exactly as they first appeared, but in a smaller, more practical format.

All the information is presented in clear and concise tabular form for ease of reference. Section l, which is devoted to the Royal Navy, gives the following data on warships: class, name, displacement, date of launch, date of completion, date of loss, and how lost and where; while there is also an additional feature on auxiliaries on Admiralty service.

The second section, on merchant and fishing vessels, represents the major part of the book. Here the information given for each vessel includes: name, tons, date, position, cause of loss, how attacked, how sunk, and lives lost. There is also a list of merchant vessels damaged or molested by the enemy but not sunk, together with surveys of total losses during each month of the war.

Judging by the enthusiastic response to British Vessels Lost at Sea 1939-45, this faithful reprint of two rare collectors items will be eagerly sought after by naval historians and shipping enthusiasts throughout the world.

Very Good in Very Good Dust Wrapper. One gather has some foredges unopened.

Of course, if you don’t like this one, may I draw your attention to more books hither or maybe further, hand picked, books in my Transport Nautical catalogue? 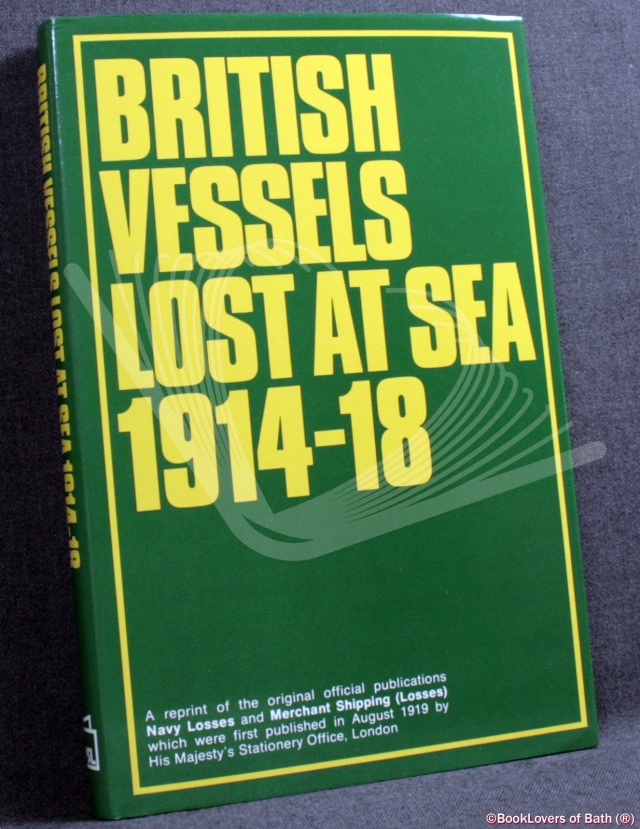