From the cover: This book is a definitive technical history of all battleships and battle cruisers of the U. S. Navy designed or even conceived since the early 1930s. It covers not only the design and construction of such ships, but also the operational careers of all the active ships to their very end.

Although there is extensive literature about battleships and battle cruisers, data published so far on their technical characteristics have been externally limited and often contradictory. Virtually no effort has been made to describe the ships development and construction.

Here, for the first time, is a study that presents complete plans as well as extensive technical data covering the characteristics and performance of these noteworthy ships. A chapter is devoted to each class of U. S. battleship and battle cruiser. In discussing each class, the authors explain in great detail the design concept under which they were built. They describe the structural features, armour, armament, engineering plant, stability and damage control, underwater protection, electronics installations, and habitability of each ship. This book also offers a plan view and outboard profile, armour profile, inboard profile, and the hull lines of each class. There are many photos depicting ships of all the various classes.

This, then, is the story of the ships once regarded by the powers of the world as the ultimate naval weapon, vessels so extraordinary that they were termed capital ships. Until World War II a nations relative naval power was judged on the number and condition of its capital ships. The number, characteristics, and availability of capital ships fundamentally influenced foreign policy and naval strategy. Today, these ships are merely symbols of a bygone age of sea power.

Although there are no longer any battleships in commission in the U. S. Navy, an air of fascination still surrounds these giants, and some of them have been accorded near-legendary places in naval history. The Iowa -class ships and the South Dakota (the famed Battleship X of World War II communiqués) fall into this category.

The authors have provided an indispensable source of Information for all who have an interest in naval history and sea power. Their research over a period of more than a decade has made extensive use of authoritative (and frequently official) source material, much of which has never before been published. Battleships is a fascinating study and analysis of a kind of warship that once ruled supreme upon the seas, but will probably never be sailed again.

Very Good in Good Dust Wrapper. Dust wrapper sunned at the spine with a nick to the foot of the spine, a crease to the top corner of the upper panel. Text complete, clean and tight.

Of course, if you don’t like this one, may I beguile you with my offerings from hither or maybe further, hand picked, books in my Military Naval catalogue? 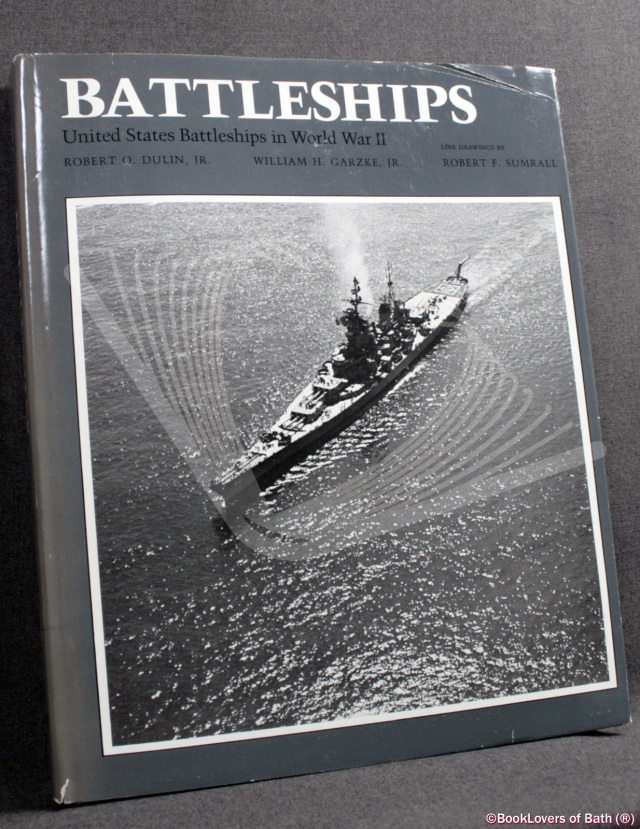