Japanese Aircraft 1910-41 by Robert C. Mikesh & Shorzoe Abe soon to be presented for sale on the outstanding BookLovers of Bath web site!

From the cover: Japanese Aircraft 1910-1941 will almost certainly come to be regarded as one of the truly outstanding works of aviation history. In the preface the authors state For the vast number of Japanese aeroplane types that were built during the period covered by this book, it is disappointing that more has not been written in English about them.

As a result of massive research the authors have now corrected this shortcoming. The names Kawasaki, Mitsubishi, Nakajima and a few others are well known but this work includes descriptions of the products of large numbers of companies and organisations that are known only to a few people outside of Japan.

The aeroplanes covered here range from the single type produced by the Awazu Flight Research Studio, include as would be expected the proliferation of Aichis, Kawanishis, Kawasakis, Mitsubishis and Nakajimas, and ends in alphabetical order with the products from the Naval Air Arsenal at Yokosuka.

Including early privately-built aeroplanes and those produced under licence, this work covers nearly 400 types. Appendices include aircraft of the Pacific war, a comparison of calendars, a bibliography and a glossary.

Very Good in Very Good Dust Wrapper. Dust wrapper very slightly rubbed at the edges with a few small indentations toward the top of the upper panel. Text complete, clean and tight.

Of course, if you don’t like this one, may I beguile you with my offerings from hither or maybe further, hand picked, books in my Transport Air catalogue? 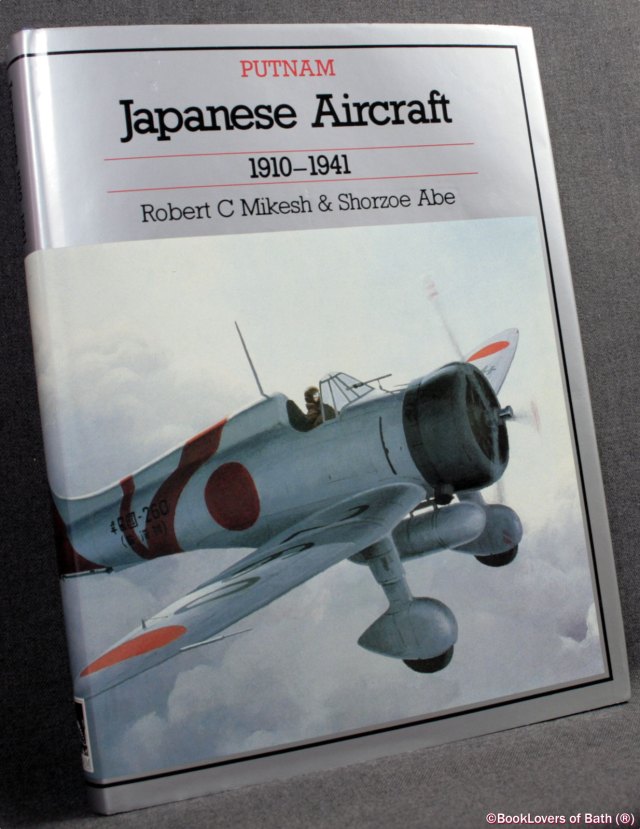