Paradise Lost: Smyrna 1922: The Destruction of Islam’s City of Tolerance by Giles Milton

Paradise Lost: Smyrna 1922: The Destruction of Islam’s City of Tolerance by Giles Milton soon to be presented for sale on the dazzling BookLovers of Bath web site!

From the cover: On Saturday 9 September, 1922, the victorious Turkish cavalry rode into Smyrna, the richest and most cosmopolitan city in the Ottoman Empire.

Smyrnas vast wealth had been created by powerful Levantine dynasties many of them British that lived in the city for two centuries. They helped to create a majority Christian city that was unique in the Islamic world. To the Turks, Smyrna had always been the infidel city.

In the aftermath of the First World War, Greece invaded Turkey with the aim of restoring a Christian empire in Asia Minor with Smyrna at its heart. The Great Powers, including Britain, supported Greeces war on Turkey.

By 1922, the Greeks had been vanquished. Many feared that the newly-victorious Turkish army would now unleash a terrible fury on Smyrnas infidel inhabitants: conquering Islamic armies were traditionally granted three days of pillage following the capture of a resisting city.

Yet there had been no resistance to the Turks, and Smyrnas Christian population (which included Levantines, Europeans and Americans) were confident the Allied fleet in the bay would protect them.

What happened over the next two weeks must rank as one of the most compelling human dramas of the twentieth century. Almost two million people were victims of a disaster of truly epic proportions.

PARADISE LOST is a powerful tale of destruction, heroism and survival -told with the narrative verve that has made Giles Milton a bestselling historian. It unfolds through the memories of the survivors, many of them interviewed for the first time, and the eyewitness accounts of those who found themselves caught up in one of the greatest catastrophes of the modern age.

Very Good in Very Good Dust Wrapper. Gently bruised at the head of the spine and the top corners of the boards with commensurate wear to the dust wrapper. Text complete, clean and tight.

Of course, if you don’t like this one, may I entrance you with a variety of books hither or maybe further, hand picked, books in my History Middle East catalogue? 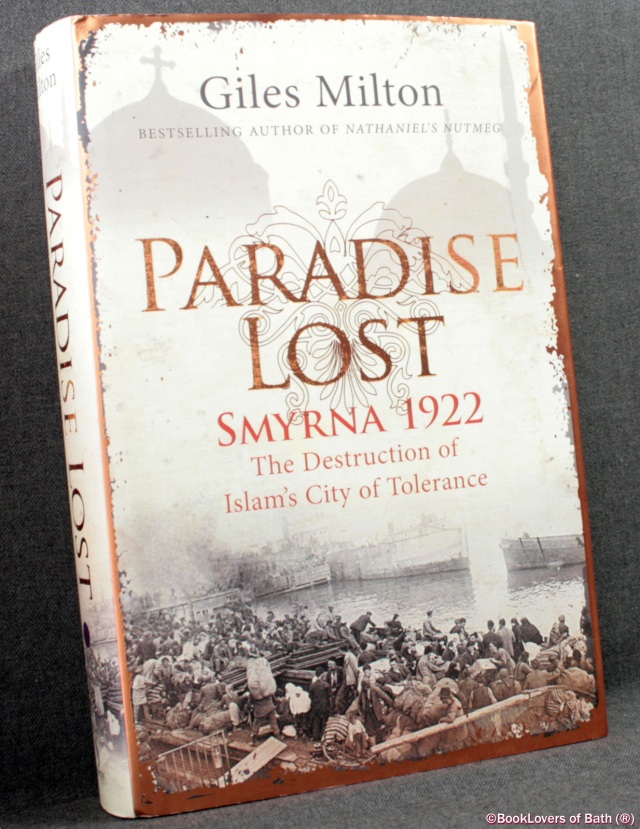