Lockheed Aircraft Since 1913 by Rene J. [Jacquet] Francillon soon to be presented for sale on the dazzling BookLovers of Bath web site!

From the cover: The first edition of Lockheed Aircraft since 1913 was published to commemorate the 50th anniversary of the rebirth of the Lockheed Aircraft Corporation in June, 1932. It was a great success and rapidly went out of print, but such is the pace of modern aerospace developments that this new edition required complete revision and updating of the later chapters. Furthermore it has been greatly expanded with additional detail and a whole new section on Lockheed missiles including Polaris, Poseidon and Trident and the first reliable information on the F-19 stealth fighter.

The basic work includes an historical survey, tracing the development of Lockheed from the original work of the Loughead brothers, through the successive companies, up to its reorganisation as the present Lockheed Corporation in 1977. The main concentration, however, is on all the aircraft designed and built by the companies from the Loughead Model G floatplane to the high-performance aircraft of the present. The design, development and service histories of each type are covered in great detail.

For decades Lockheed has been associated with highly classified and controversial projects, and the U-2 series, the almost unbelievable SR-71, and the latest stealth developments are dealt with as far as security allows. There is also a section on unbuilt projects.

The book contains a complete production list of Lockheed aeroplanes, and is illustrated by 400 photographs and 70 drawings, including the F-19.

Of course, if you don’t like this one, may I entrance you with a variety of books hither or maybe further, hand picked, books in my Transport Air catalogue? 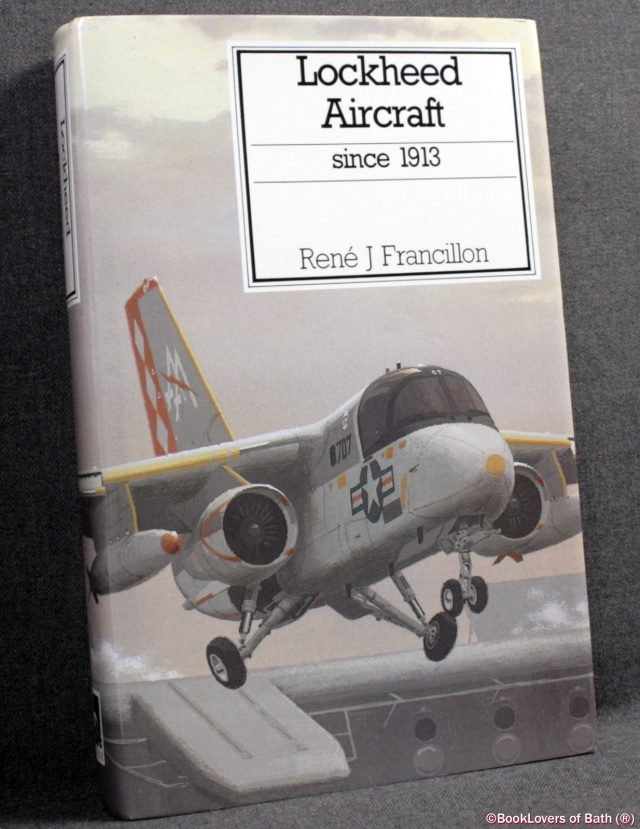