Fighting Troops of the Austro-Hungarian Army 1868-1914 by James Lucas soon to be presented for sale on the wonderful BookLovers of Bath web site!

From the cover: More than seventy years ago the armies of the Austro-Hungarian Empire the most colourful soldiers in Europe went into the First World War. Four years later that war had ended, the Empire had broken up and the armies had disappeared from the military scene.

This book, the result of more than ten years of research, revives in print and picture the splendour of the Infantry, Cavalry and Artillery units of the Habsburg Empire from 1868, the period of the great reform, to 1914, the outbreak of the First World War. This is the first comprehensive work in the English language on the subject.

But this is more than just a catalogue of regiments, although there is a brief history of each of them. In the pages of this book will be found uniform details, the organisation and establishments of each of the combatant Arms of Service together with regimental distinctions, music and medals.

The nature of this unique, tripartite Force is explained, the methods by which men, officers and horses were obtained are detailed and a brief history given of the concept of almost feudal loyalty to the Emperor.

The brilliance of the uniforms has been captured in reproductions of the paintings of Austrias most specialist military artists and their work has been supplemented by a great number of contemporary monochrome photographs.

Very Good in Very Good Dust Wrapper. Dust wrapper very slightly rubbed at the edges with a short, closed and tape reinforced, tear to the bottom corner of the lower panel. Text complete, clean and tight.

Of course, if you don’t like this one, may I captivate you with this splendid selection hither or maybe further, hand picked, books in my Military Army catalogue? 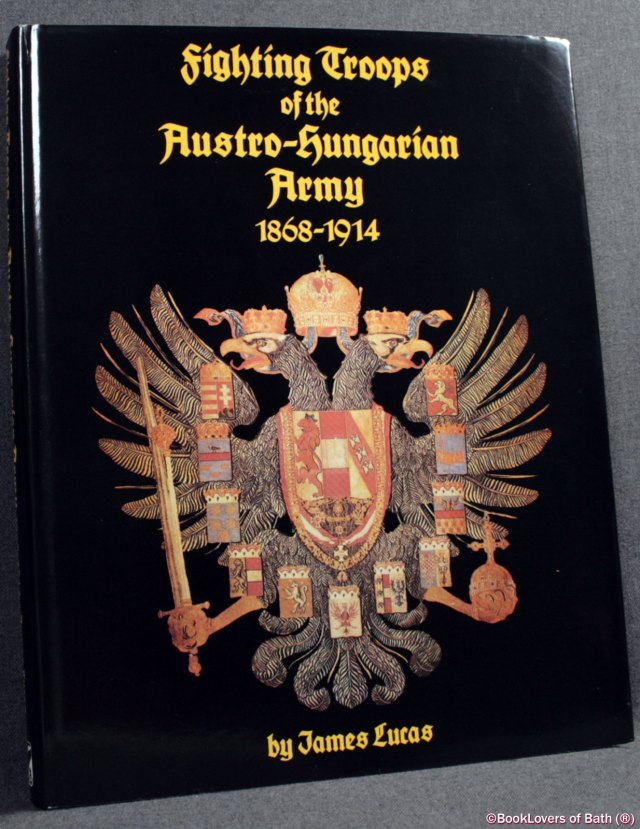