Denis Healey: A Life in Our Times by Edward Pearce

Denis Healey: A Life in Our Times by Edward Pearce soon to be presented for sale on the excellent BookLovers of Bath web site!

Illustrated by way of: Black and White Photographs;

From the cover: DENIS HEALEY is one of the most important politicians of the last half-century. If he missed the party leadership and premiership, he was an abler figure than many who held both.

But this is a life and times. Healeys career runs through the Second World War (mentioned in dispatches at two of the Italian landings) and the Cold War (present in Eastern Europe as the Communist takeovers advanced). He gained the standing of a published expert on defence and international military affairs, was a commentator for the Labour Party on European integration before the Treaty of Rome was signed, an adviser to Hugh Gaitskell, a passionate participant in parliament in the Sue/, debates and at the great Scarborough Labour Conference on unilateral nuclear disarmament.

In office, Denis Healcy spent six years struggling with defence costs and is described here by Admiral of the Fleet Lord Hill Norton as unquestionably the ablest Secretary of State since the war. As Chancellor, 1974 9, he met Britains second greatest financial crisis of the century: he faced a crashing currency, strengthened it and saw the crisis off. Inside the Labour Party, he fought with Tony Benn, a struggle nominally for the deputy leadership, actually for the partys survival as a national force. Bv a sub-fraction he won and Labour did survive.

Edward Pearce argues here that Healey, a man of intellect and great culture, had the qualities of the soldier he once was: loyalty, bravery and ambition, someone who stuck through crises and, by courage, stamina and humour, came through. Denis Healey had his faults, but this is the full-scale biography of a great man.

Very Good in Good+ Dust Wrapper. A little rubbing to the edges of the dust wrapper with the laminate creased at the join of the lower panel. Text complete, clean and tight.

Of course, if you don’t like this one, may I woo you with the cream of my crop hither or maybe further, hand picked, books in my Biography catalogue? 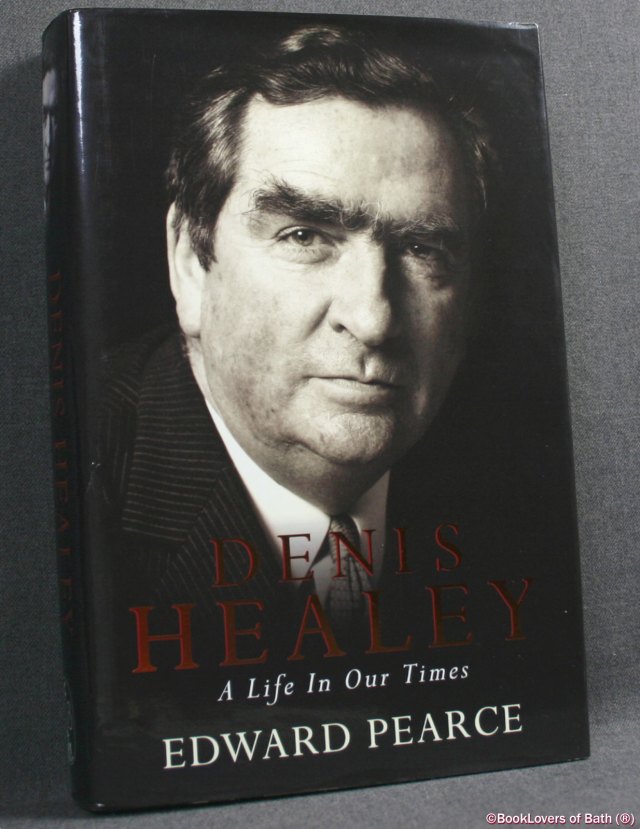