Tupolev Aircraft Since 1922 by Bill Gunston

Tupolev Aircraft Since 1922 by Bill Gunston soon to be presented for sale on the astounding BookLovers of Bath web site!

From the cover: Since 1922, the name of Tupolev has been synonymous with the most spectacular achievements of Russian military and civil aviation. In that time, the Tupolev design bureau produced among the worlds largest and most powerful aircraft, including the giant ANT-20 Maksim Gorki of 1934, the Tu-95 Bear, symbol of Soviet air power in the Cold War era, and the Tu-144 Charger, the first supersonic passenger aircraft to fly Despite the collapse of the Soviet Union, Tupolev has continued its work on civil aircraft, maintaining their reputation for technical innovation.

In Tupolev Aircraft since 1922, Bill Gunston has used his unparalleled access to the records of the Tupolev design bureau to provide full and authoritative specifications and to trace the design histories for all Tupolev aircraft, information hitherto unavailable in the West, detailing the aircraft that formed the backbone of former Soviet military and civil aviation.

The book is illustrated with over three hundred photographs and line drawings, including numerous original drawings from the Tupolev archives never published before.

Of course, if you don’t like this one, may I tempt you with something from hither or maybe further, hand picked, books in my Transport Air catalogue? 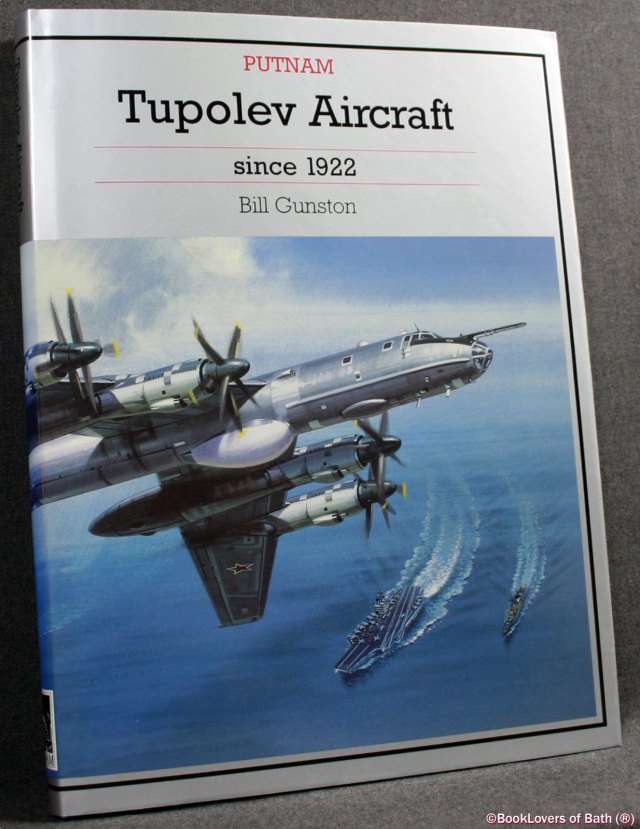