Posted on November 1, 2014 by BookLovers of Bath

Medieval Sculpture by Roberto Salvini soon to be presented for sale on the excellent BookLovers of Bath web site!

From the cover: The history of medieval sculpture in Western Europe is often described as a gradual rediscovery of technical skill and naturalism. In this volume, the author approaches his subject from a different angle, tracing the development of sculpture against a background of changing political, social and religious structures and in relation to the growth of written and spoken languages. He demonstrates that a new kind of sculpture, a humble, popular style which developed from Roman provincial sculpture, appeared and existed side by side with courtly styles which preserved or rediscovered much of the dignity of Late Classical art.

As feudalism declined, this dichotomy between the popular and courtly disappeared. The first literary Romance languages took root and regional Romanesque styles developed, identified with religious architecture and sculptors like Gislebertus, Wiligelmo and Antelami.

In the Gothic age, national idioms developed in the figurative arts as France, England and Germany became unified monarchical states. In Italy a national consciousness, on a cultural level, evolved; with it are associated the sculptors of the Pisano family and the cathedrals they decorated in Pisa and Siena.

As the Renaissance flowered in Italy and southern France, the Late Gothic style continued in the north, especially in Germany, where the work of Riemen-schneider and Veil Stoss is outstanding in this period.

This volume, spanning over 1,000 years from the fifth to the fifteenth century, contains a remarkable selection of illustrations which follow closely the historical development and represent the finest examples of Medieval art.

In the History of Western Sculpture series.

Of course, if you don’t like this one, may I persuade you to have a look at more books hither or maybe further, hand picked, books in my Art History catalogue? 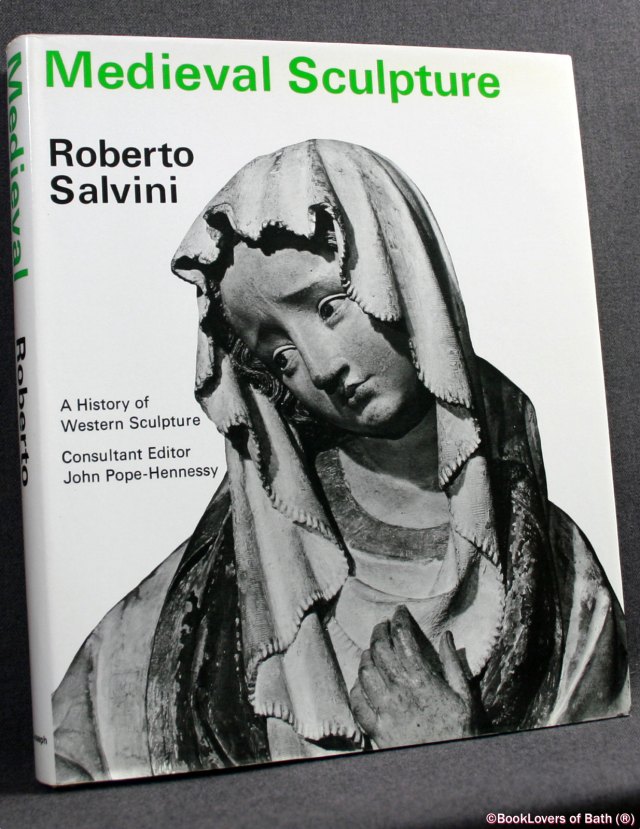