Matters of Gravity: Special Effects and Supermen in the 20th Century by Scott Bukatman

Matters of Gravity: Special Effects and Supermen in the 20th Century by Scott Bukatman soon to be presented for sale on the outstanding BookLovers of Bath web site!

First in this, paperback, edition.

From the cover: The headlong rush, the rapid montage, the soaring superhero, the plunging roller coaster Matters of Gravity focuses on the experience of technological spectacle in American popular culture over the past century. In these essays, leading media and cultural theorist Scott Bukatman reveals how popular culture tames the threats posed by technology and urban modernity by immersing people in delirious, kinetic environments like those traversed by Plastic Man, Superman, and the careening astronauts of 2001: A Space Odys-sey and The Right Stuff. He argues that as advanced technologies have proliferated, popular culture has turned the attendant fear of instability into the thrill of topsy-turvydom, often by presenting images and experiences of weightless escape from controlled space.

Considering theme parks, cyberspace, cinematic special effects, superhero comics, and musical films, Matters of Gravity highlights phenomena that make technology spectacular, permit unfettered flights of fantasy, and free us momentarily from the weight of gravity and history, of past and present. Bukatman delves into the dynamic ways pop culture imagines that apotheosis of modernity: the urban metropolis. He points to two genres, musical films and superhero comics, that turn the city into a unique site of transformative power. Leaping in single bounds from lively descriptions to sharp theoretical insights, Matters of Gravity is a deft, exhilarating celebration of the liberatory effects of popular culture.

Of course, if you don’t like this one, may I beguile you with my offerings from hither or maybe further, hand picked, books in my Sociology catalogue? 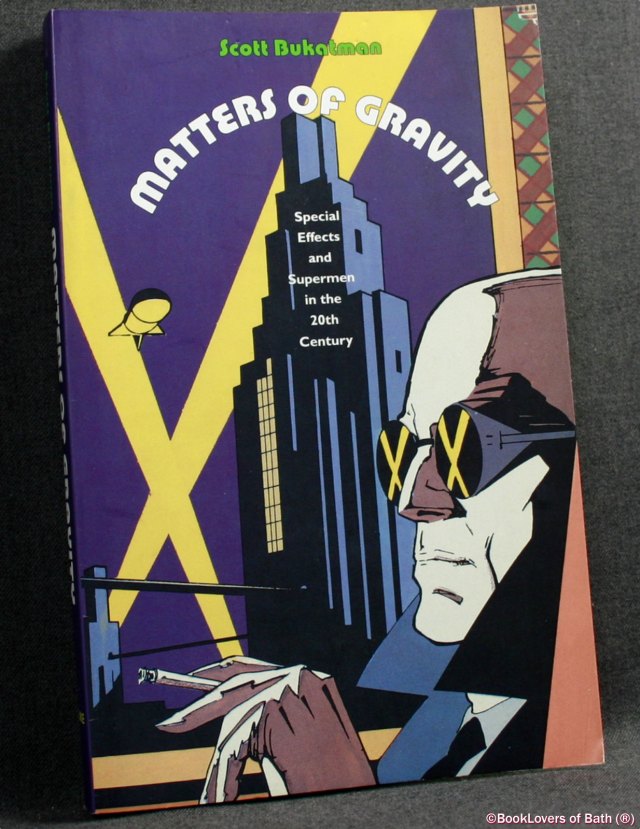