The Thatcher Era and Its Legacy by Peter Riddell

The Thatcher Era and Its Legacy by Peter Riddell newly listed for sale on the fantastic BookLovers of Bath web site!

First in this edition. [First: The Thatcher Decade, 1991] Jacket illustration: Mrs Thatcher leaving No. 10 for Buckingham Palace after resigning.

From the cover: In 1989, in The Thatcher Decade, Peter Riddell provided the most wide-ranging and accessible analysis to date of the impact of Mrs. Thatchers government on the British economy and society in the 1980s. Now, following Margaret Thatchers sudden and dramatic departure from office in November 1990, he extends his classic account of the Thatcher years to include an assessment of her legacy and its consequences for Britain in the next decade.

Margaret Thatcher, one of the most remarkable of all British prime ministers, presided over a period of far-reaching change in Britains economy, industrial structure, labour market, society and place in the world. Looking beyond the personality of Mrs. Thatcher, Peter Riddell discusses how far these changes reflected the actions of the government, intended or unintended, rather than the influence of broader, longer-term trends common to other industrialized countries. Was there, in short, a Thatcher revolution? What are the consequences of her legacy?

The Thatcher Era is essential reading for all those interested in current politics. 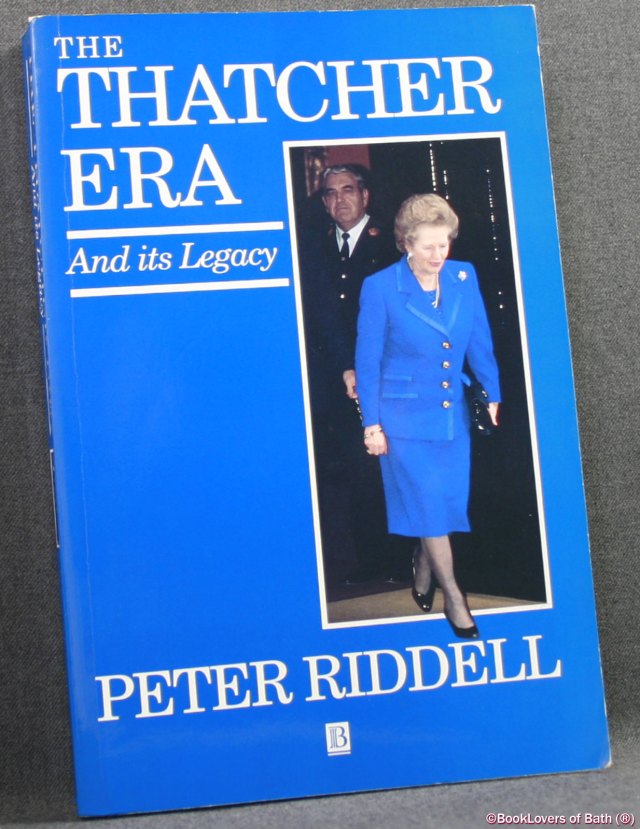